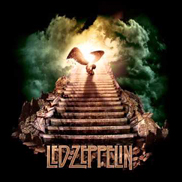 LOS ANGELES (CelebrityAccess) — Lawyers suing Led Zeppelin over copyright infringement claims for their iconic hit Stairway to Heaven have indicated that their client is willing to settle the case for $1 dollar and writing credits.

The lawsuit was brought by Michael Skidmore, a trustee for the late Randy Wolfe, who performed as Randy California for the band Spirit. Randy Wolfe trustee Michael Skidmore suggested that Page may have been inspired to write Stairway after hearing Spirit perform the track while the bands were on tour together in 1968 and 1969.

While $1 dollar may not seem like much to settle the lawsuit, a songwriting credit on 'Stairway' would be a valuable asset. According to Bloomberg News, a legal filing in the case cites a 2008 agreement that Page and Plant made with Warner/Chappell Music, which indicated that the song's two currently listed songwriters, Jimmie Page and Robert Plant earned about $60m over 10 years for the company’s right to use Stairway and other songs.

Francis Alexander Malofiy, an attorney representing Mr. Skidmore, has requested that 2/3rds o that amount be allocated for the infringing period, amounting to $40 million. Skidmore said that any proceeds from the suit would go to benefit the Randy California Project, which supplies musical instruments and lessons to students at low-income schools in California.

The copyright infringement trial is scheduled for 10 May in Los Angeles federal court. – Staff Writers