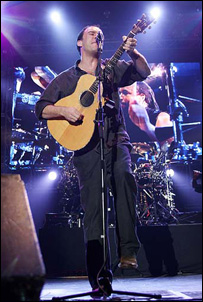 UNITED STATES (CelebrityAccess MediaWire) — With no Rolling Stones, U2, Eagles or Paul McCartney trekking across the United States this summer, the concert scene is a drab one for a certain generation, according to Melissa Ruggieri of the Times-Dispatch.

Ruggieri goes on to state “There's the return of Crosby, Stills, Nash & Young and Steely Dan with Michael McDonald for baby boomers to drop some savings on, but this season is more about the new dinosaurs.”

It sounds like an oxymoron, but considering that some of the season's top sellers so far — Pearl Jam, Dave Matthews Band, Nine Inch Nails, the Journey/Def Leppard and Poison/Cinderella packages — are bands that are all at least a decade old, the reality is that this so-called new crop is already aged in the music world.

In fact, the touring juggernaut that is DMB is the baby of the bunch at 13.

"It's crossroads time for the concert business," says veteran music journalist Deborah Wilker, a bureau chief with The Hollywood Reporter.

"The industry has spent the last decade exhausting its supply of big-ticket heritage acts and is now clinging to anything even slightly iconic from the '80s and'90s simply as a way to survive. How else can we explain The New Cars?!"

Perhaps that's the approach upstart Kelly Clarkson and singer Fiona Apple, always more of an underground presence, should have taken rather than tackling the major 20,000-seaters.

Promoters say tickets for the Top 40-oriented Clarkson are selling briskly, but is it fair to throw a relatively unseasoned performer into a cavernous amphitheater without more grooming?

Maybe not, but it's the only answer for an industry whose stars and cash cows are retiring, dying or, like Billy Joel and Neil Diamond, choosing to emerge only when their wallets require it.

"If the industry doesn't figure out how to nurture new live entertainers who can last — stars who will resonate over long periods of time — the economic picture for touring will continue to dim," Wilker says.