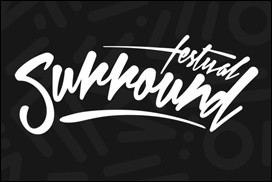 HORSLEY, England (CelebrityAccess) — Organizers for the small UK-based Surround Festival have announced that the have cancelled the event after the death of a worker during the festival's setup.

According to the BBC, the 33-year-old worker was killed in a forklift incident on August 14th.

The Gloucestershire festival was set to take place at Sallywood Farm in Horsley on August 16th, with an EDM focused lineup featuring Koan Sound, Bandulu Gang, Jus Now, Got Some, Sam the Supplier and others.

"It is with great sadness that we have to announce Surround Festival 2014 will be cancelled.

The morning of 14th August on site there was a tragic incident and this has resulted in one of the team members we were working alongside passing away.

The incident involved someone highly experienced in their role, operating equipment they were fully trained to use. It was an exceptionally unfortunate accident.

Our thoughts are with their friends and family at this difficult time, and we are working closely with local authorities.

We understand that this is deeply disappointing to everybody expecting to come, as it is for us. We fully intend to make refunds to all ticket holders and are working very hard to get our refund procedure in place.

We hope you understand if there is a delay in responding to communications, it has been a difficult time and we are doing everything we can.

Full details regarding the refund procedure will be announced as soon as possible."