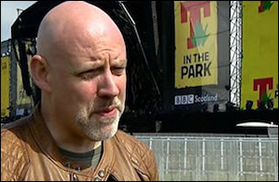 PERTHSHIRE, Scotland (VIP NEWS)– T in the Park`s festival director Geoff Ellis has said the deaths of two teenagers at this year`s event has hit his team "hard".

Speaking to BBC, Geoff Ellis said: "Our thoughts and sympathies go out to the families and the friends of the two who died."

The 17-year-olds who died have been named locally as Megan Bell from Seaham, County Durham and Peter MacCallum from Lochgilphead, Argyll.

"To say the deaths haven`t hit us hard would be a massive understatement," said Geoff.

"We like to think of T in the Park being one big family so there have been two deaths in our extended family.

"For it to happen at the start of the festival, it`s meant everyone has had that sadness, to begin with. But we have to keep the festival going."

The cause of the deaths at the event at Strathallan Castle in Perthshire hasn`t been confirmed.

Since then, T organizers have once again repeated their message for festival goers to stay safe.

Extra drug amnesty bins have been put into the campsite as a result.

People can dispose of any substances in them without the fear of being prosecuted.

"It`s about reiterating the safety measures that we send out every year," said Geoff.

"Stay hydrated, eat, pace yourself and don`t take drugs. You don`t know what`s in them."

The festival director also insisted that security from the campsite into the main arena is now more detailed.