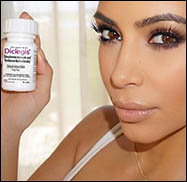 WASHINGTON D.C. (CelebrityAccess) — The FTC has indicated that it plans to crack down on paid celebrity endorsements via social media and websites such as YouTube.

The FTC is taking issue with celebrities and influencers who post advertisements on via social media or other outlets but don't make it clear that the post is a paid advertisement and comes after several high-profile incidents such as YouTube personality PewdiePie's recent positive 'reviews' of a Warner Bros. video game without disclosing that he was paid to promote it.

In another incident, the FTC issued a complaint against clothing retailer Lord & Taylor for paying social media fashion influencers to make posts about Lord & Taylor outfits on social media, without disclosing that they had been paid to do so, or provided with free clothes, Bloomberg reported.

Any compensation, including free products, should be disclosed, the FTC says.

Oftentimes, influencers include hashtags with their post, such as #ad, or #sp, at the bottom of their post, but, according to the FTC, this may not be enough, particularly if it is one of many such hashtags.

“We’ve been interested in deceptive endorsements for decades and this is a new way in which they are appearing,” he said. “We believe consumers put stock in endorsements and we want to make sure they are not being deceived,” Michael Ostheimer, a deputy in the FTC's ad practices division told Bloomberg. – Staff Writers