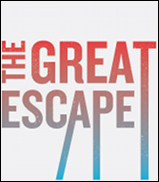 LONDON (VIP NEWS) — The Great Escape announced the Institut Ramon Llull as its lead international partner for the 2012 festival in Brighton, presenting Catalan Sounds – music from Catalonia and the Balearic Islands.

From Barcelona to the Mediterranean islands, Catalan territories are a hot-bed of new music, both live and recorded.

Previous international partners at the festival, such as Ireland (2011), New Zealand (2009), France (2007) and Canada (2006), have seen new artists and musicians from across the world come to the attention of the varied and influential audience at The Great Escape.

Vicenç Villatoro, director of the Institut Ramon Llull (IRL), said: "The IRL is very proud to strengthen its relationship with The Great Escape. Through this collaboration, the IRL will promote the quality of Catalan music internationally, enriching the festival programme with the talent of these artists.”

TGE's Operations Manager Kat Morris said: “There’s a real hub of extraordinary music coming out of Catalonia at the moment, so we’re delighted to be giving the bands an opportunity to reach The Great Escape audience."

The Great Escape has welcomed many Catalan bands and artists in previous years such as Manel and Cuchillio in 2009, Mujeres and John Talabot in 2010 and AIAS, Les Aus, and Mishima in 2011.