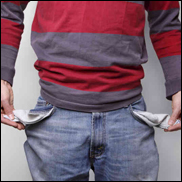 If you're not successful, you've got to change something.


In 1994, I was broke, single and sans a parent. Let me restate that. I sometimes had less than $20 in the bank, my wife who I was not divorced from had moved out four and a half years earlier, and in the interim my dad had died and I had an horrific operation.


I was at rock bottom.


And that's when I went to the shrink.


How did I pay? With the 20k I got from my father's estate. If you're saving it for a rainy day, if you're not investing in your future, if you're not spending, you're dying.


And I found out the problem was me.


The problem was not my work product.

There were two main issues. I let my haters define me and I didn't know how to interact with people.


Huh? It's not like I'd just been born, I'd been living for decades… I knew how to talk, to write, what was the problem?


Now I was not doing a terrible job. But if you have big dreams, you've got to tweak the formula.


Even if I knew the answer, I learned to not always volunteer it. Because I found out there's a bunch of people who don't want to be wrong. Never ever. If you correct them, they're alienated from you, and that might work against you…for years.

I stopped worrying about money and just tried to be friends. Because desperation is the biggest turn-off of all. Everybody runs from it. As soon as you start complaining, people have got no time for you.


But that does not mean I sublimated my personality completely. I learned to stand up to pricks. That's who you often encounter at the pinnacle of business. Bullies who are doing their best to shove you down. And the only way you can neutralize them is to not only disagree, but amp it up just like they do. Then they respect you, they realize you know how to play the game.


And it's much more complicated than that. And I'm still learning. But one thing I'll state definitively. There was never ever anything wrong with the writing. I'll stand by it. The problem was with the penumbra.


Now that does not mean your music is good enough. But if it is, and you're stuck, the problem is you. And you have to figure out what it is and change it. And it's a painful process. But you rise through the ranks when you improve your identity and interactions, it's a magic potion that always works.


Don't bitch about Spotify payouts if you make no money selling music. The people who do will just laugh at you. Because everybody on the inside knows the pot is split up many ways, and the only way to make money is to be in the game a very long time. So you can renegotiate and make better deals.


Don't harangue people. It never works. You need favors. And by inundating and badgering you're just pissing people off.


Wanna know the dirty little secret? IT'S A BUSINESS! Want to get ahead, figure out a way for the intermediary to make money on you.


You complain that no one will book you. Venues are dying for acts that can sell out the house. Convince a promoter you'll make him money and he's all ears.


Ditto with agents and labels. Stop telling people how good you are, no one cares. They just want to know if you can make them money, preferably sooner rather than later.

And unless you're my friend, don't expect me to treat you like one. Friendship is earned, and the more successful you are the less time you have got, especially for those further down the economic food chain. The president of the label does not want to go to dinner with the wannabe, doesn't even want to listen to your record, they pay people to do that, because they just don't have enough time.


So the system is rigged against you. Welcome to the club! Everybody wants to be in entertainment, they're willing to work for free. And execs lose their jobs and agents and managers lose their acts, there is no safety net.


Wanna get ahead? Don't try to make friends with those at the top unless you can make them money right away, as stated above. Make friends with people at your level. Those who have time for you, who can do you favors.


And only ask for a favor if you've got something you can give in return. Because favors are expensive. Everybody can't deliver for everybody all the time. This is why the scions of the rich will get a hearing from the exec. Because of who their parents are. But if you're bitching about this, I feel sorry for you, because most of the people in the entertainment game are self-starters, and tons of the connected wash out early, they're not hungry enough, or talented enough, and they lack perseverance.


So don't e-mail me you put in your 10,000 hours, especially if you've never read Malcolm Gladwell's "Outliers," which popularized the term. Hell, did you read his column on the topic last week?


You not only have to have skills, you've got to know the rules, you've got to study the game. A great hitter is useless if he doesn't know what base to run to, that he only gets three strikes, that four balls will put him on first. There's more info than ever out there on how the game works. If you wanna work in the industry you should know who all the players are, where they started out, where they're going. It's a lot of work, but everybody with a gig made this effort, it's second nature to them.


And sheer will and desire only goes so far. Sure, you've got to believe you're great, but there's a whole hell of a lot more that goes into success.


So be humble, look inside, keep adjusting your game.


Or sit on the sidelines with the rest of the losers playing the woulda, coulda, shoulda game with a chip on your shoulder.