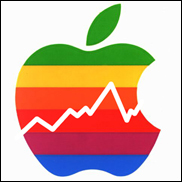 You double down in a recession, that's when you invest, that's your opportunity to pull ahead of your competitors.


Eleven years ago, during the dot com crash, Apple was not the company it is today. Michael Dell said the corporation should be liquidated and the proceeds returned to the shareholders. Windows was dominant and there were no Apple Stores, never mind iPads, iPhones and…


That's when Apple came up with the iPod, during the tech crash. Steve Jobs famously said that his company was going to innovate its way out of the downturn, and it did.


Now is the time when you strike.


I'll give Nathan Hubbard credit, he's spending like crazy at Ticketmaster, innovating all the while.

But I don't see concomitant spending anywhere else. All I hear about at the labels is cutbacks. Venues get a fresh coat of paint at most. This business is full of whiners.


But those who double down are gonna win.


Because everything is up for grabs.


One more thing about Steve Jobs. Not only did he love technology, he loved music. No one could compete with the iPod because no one cared as much about music. Apple created the iPod because its employees wanted to use it. Same deal with the iPhone. What do you want to use?


All the execs are playing to Wall Street.


Wall Street is not your customer, the rank and file, the proletariat is what makes your company hum. Isn't this what we found out in the country at large? The government's been playing to a financial industry that's a giant casino that builds nothing. Meanwhile, the public is shut out. And the country runs on the spending of individuals, not corporations. When people open their wallets, that's when our country flourishes. Meanwhile, instead of attacking the problem head on, we keep giving tax breaks to rich people. Huh?

Oh, don't go all political on me. Tell me my head is up my ass.


And the public hates so many in the music industry too. I mean how long can you be ripped off, and if you want to go to the show, you can't even get a good ticket.


Now is the time to think different.


It's irrelevant that Coldplay refused to go on Spotify. Don't you see, Coldplay was built at the tail end of the old era, by MTV and radio. You just can't do that anymore! If you're starting out, what Coldplay does is IRRELEVANT!


Your number one challenge is getting people to listen to you.


And the way you stick is by being different. Takes longer to get traction, but you last longer.


Despite the capital accumulation of the edifices in the music industry, so many will be toppled in the coming years. Because technology allows new players to innovate. Look at all the new ticketing companies competing with Ticketmaster! Never mind that you don't need a deep-pocketed major to make music.


The public is restless. People are open to change. They want new ideas. If you're giving them the old, you're no different from the government, something they tolerate that they just can't believe in.


Meanwhile, if you're getting no traction with your new idea, maybe it just isn't good enough. People complained about the iPod's price, pundits that is, the public lapped it up, but no one complained about its functionality!


The old rules are there to be broken and ignored. A record can change the world.


And none of the old players want to make that right one, because it's just too difficult, they don't want to invest the time and money.


But you do! Because you care that much! You'd do it for free if you had to, you love music that much.


People didn't know they wanted the iPod until they saw it.


People don't know what they want in music until they hear it.


It's your job to deliver it.