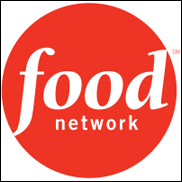 
Yes, that used to be a famous Depeche Mode song, from an era when music was king on TV. Now food rules. It's like we've closed the door on Woodstock, everyone's laid down his guitar and picked up a frying pan and is innovating like crazy.


And you can see some amazing dishes on the other Food Network shows. But I love the cuisine on Triple-D. Not only because it's basic and understandable, but because of the raw creativity of cooks who are doing it not to become famous, not to franchise into billionairedom, but to satisfy their coterie of customers, who are thrilled to the point where they contact Guy Fieri and tell him he's got to visit their favorite joint.

Cheeseburger soup. That was one of the specialties at the roadside establishment Mr. Fieri visited the other night. Upon tasting it, Guy said…"Tastes just like cheeseburgers!"


Mmm… Made me want to fire up my car and go.


Hell, screw going to see Bon Jovi one more time, I'd bet more people would sign up for a bus tour schlepping them from one of Triple-D's haunts to another. It wouldn't be about social stratification, everybody would walk into the dive and partake just like everybody else. Oohing and ahhing…
What do they say, we all put our pants on the same way? Well, we all eat the same way too, it's a common denominator.


Not amongst the stars. They don't eat at all. Their public does. Which is one reason why no one can relate to today's stars. Who's got the time to work out six hours a day and then walk around lightheaded on celery? In other words, there's more honesty on Triple-D than any show on MTV. I'd rather own the Food Network than the outlet that dropped "Music Television"
from its name any day.


But the reason I'm writing this is because the cooks, and they don't need to be called chefs, and many aren't trained whatsoever, are endless fountains of creativity. The way local bands used to be.


Going to music school? God, our favorites never walked the halls. They listened to a ton of records, they practiced ad infinitum, at first copying legends and then making up their own sound.


And there were a zillion different sounds. Everybody didn't sound alike.
Hell, dial up today's Top Forty radio, you've got no idea who the acts are, and it doesn't even matter. And it's not much different in country radio either. There are rules. Ain't that ridiculous, music was about BREAKING RULES!


These cooks are breaking rules left and right. Experimenting. You're drawn to them and their food, you want to visit their establishments, the same way you used to be addicted to FM radio and needed to go see these bands live.

Yup, you now go to a concert once a year. But you go out to eat on a regular basis. It's cheap theater. Everyone partakes. The way live music used to be. Before music became about beats with inane, oftentimes misogynistic, lyrics dolloped on top.


People know what a great restaurant is. They can't stop talking about it, they bring their friends, tell acquaintances they need to go, the same way they used to testify about bands. Sure, people still testify about music, but music no longer drives the culture, because most people see it as faux, evanescent entertainment that is ultimately meaningless. And who'd go to a restaurant with only one good dish? Sure, an establishment like that could do some business, but in order to succeed EVERYTHING on the menu's got to be good. And at the Triple-D places, they are.


Used to be you percolated in your own backyard, established a sound that your neighborhood became addicted to, and then word spread. Now you go on "American Idol" to try to win the sweepstakes overnight. And winning ain't what it used to be.


You know the feeling of eating something you've never thought of that knocks your socks off, that makes your taste buds roar in delight? That's what hearing a great record should feel like. Sure, it may be reminiscent of what came before, but ultimately it's totally unique, you couldn't even contemplate the sound before you experienced it. Like hearing Marvin Gaye's "Sexual Healing" or Gnarls Barkley's "Crazy" the very first time.


It's got to be more about the individual and less about the corporation.
Major players in music want it their way, when the renaissance will only come when the players do it THEIR WAY!