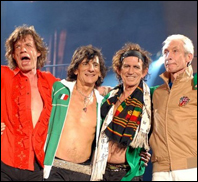 LONDON (VIP NEWS) — The Rolling Stones will roll into Australia early next year.

The legendary rock group will inaugurate the redeveloped Adelaide Oval with a show March 22. Mick Taylor, a member of the Rolling Stones from 1969-1974, will be a “special guest” for the Adelaide concert.


The Stones’ 2014 trip Down Under has been rumored for months. The big surprise isn’t so much the show, but the fact they’ve not yet announced any more dates in Australia. A full national tour reaching into Australia`s big cities will be announced in the coming weeks by promoters Frontier Touring and AEG Live. New Zealand will also figure in the itinerary.


The Stones are a fitting choice of bands to re-open Adelaide Oval. The iconic British group are recognized as giants Down Under, thanks in no small part to their healthy appetite for touring here with dates going back to their first show in Sydney in January 1965. They’ve not played Australia since 2006, when their “A Bigger Bang” tour played four shows in Australia and New Zealand. Also, the Adelaide Oval is the home ground of the late cricketing great Don Bradman – considered the greatest-ever in his sport; Jagger is a passionate cricket fan.


The Adelaide concert will be promoted by International Entertainment Consulting (IEC) in association with Michael Gudinski’s Frontier Touring and AEG Live.


The general ticket on sale begins from next Monday (Nov. 25), and presales start from Thursday (Nov. 22). Prices start from Australian $79 ($74) – a bargain compared to the sky-high sums Australians are used to paying for big international shows.