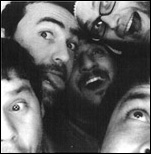 ALBUQUERQUE, NM (CelebrityAccess MediaWire) — The Shins are hard at work on their next album, but don't look for it on Sub Pop Records as the band has announced that they've parted ways with their long-time label. Instead, the album will be released on Shins frontman Jim Mercer's Aurel Apothecary label, Billboard reported.

The door isn't closed for a Sub Pop and Shins partnership however and the band's manager Ian Montone told Billboard that the band is still looking to team up with a label partner that will assist with additional marketing, radio, and various costs."

"The deal will be more of a [pressing and distribution] deal than a traditional record deal," Montone added "That partner could very well remain Sub Pop, who have done a remarkable job with the band and have a great staff of people who really love music.

"It could be a digital partner with respect to other rights. All of this is being determined. The first goal is to make the record and see where that takes us."

Sub Pop has handled all the band's albums previously, including 2001's Oh, Inverted World; 2003's Chutes Too Narrow; and 2007's Wincing The Night Away.

Of course, with a new album in the works, a new tour can't be far behind and the Shins will be hitting the road this spring.