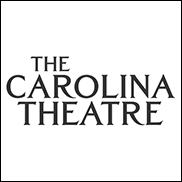 DURHAM NC (CelebrityAccess) — Bob Nocek, the head of Carolina Theatre of Durham Inc. the nonprofit organization that operates the Carolina Theatre has resigned, amidst an unexpected financial deficit at the venue.

According to The Durham News Observer, the nonprofit's board has named Durham businessman and philanthropist Dan Berman as interim president and CEO.

Nocek joined Carolina Theatre of Durham as vice president of the organization in 2009 and moved up to the post of president in 2010. During his tenure, Nocek was well-regarded and an active president for the organization, increasing live performances in the 1,000-seat theater from about 60 events per year to over 100, as well as increasing business in the cinema with weekend matinees and additional rental activity.

However, despite previously released information which indicated that the theatre had turned a small profit in 2013 and 2014, Nocek and board Chairman Scott Harmon revealed in an interview last month that they had accrued more than 800,000 in debt since July 2013. The two laid the blame for the financial discrepency on faulty accounting, and claimed that they only became aware of the errors when the state laid a levy on their bank account, seeking unpaid taxes on ticket sales, which, according to the state, accrued to more than $150,000 with penalties and interest.

A subsequent examination of the nonprofit's financial data by an accounting firm found that the financial discrepency was due to "errors and omissions" in financial reporting and not due to intentional misrepresentation or fraud. Since then, both Nocek and the organization's financial director have resigned.

The city of Durham pays the organzation $654,000 a year to operate the theatre and in 2014, renewed a 10-year agreement with the nonprofit, but it is unclear how that deal will be affected by the financial shortfall.

Moving forward, the non-profit says they plan to address the financial shortfall by cutting 4 of 22 full time staff positions and reducing programming to about 70 shows a year. – Staff Writers