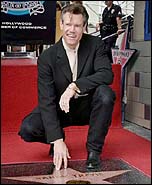 MANDEVILLE, LA (CelebrityAccess MediaWire) — A Randy Travis concert at the Castine Center in Louisiana is in jeopardy after church-related ticketing portal CornerstoneCares.com was hacked on Wednesday.

Concert promoter Trey Merrill said he is contemplating legal action against Registerfly.com, a domain name registration company linked with the hacker, for any loss of revenue his company may endure as a result of the company’s “fraudulent and unconscionable” act, according to New Orleans City Business.

Cornerstone Church pastor Doug Gilford told the paper that he was disheartened when ticket sales came to an abrupt halt yesterday.

“It is a travesty to have such a great opportunity as the Randy Travis concert thwarted by a company’s total disregard for others. I am praying that God will show his might at this 11th hour for us,” Gilford said.

Registerfly.com has been the subject of controversy over the past few months, as the company transferred its business to GoDaddy.com, ICANN and others for servicing as it encountered personnel, management and cash flow problems. A class-action suit has been filed against the company by thousands of Web site owners who were left with “missing” domains that were paid for by customers but never renewed.

Gilford said that tickets are still available at ilovecornerstone.com, and that the concert should be able to proceed as planned. –by CelebrityAccess Staff Writers