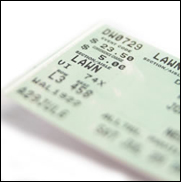 NEW YORK (CelebrityAccess MediaWire) — Ticketmaster Entertainment has announced that its looking into selling concert tickets without convenience fees and will experiment with no-fee tickets for a forthcoming concert by The Eagles, the Wall Street Journal reported.

The Eagles are managed by Irving Azoff, who recently joined Ticketmaster as a CEO after they bought his company, Front Line Management. Azoff has stated that his goal is to make Ticketmaster more consumer-friendly and this seems to be the first stab at such an endeavor.

The January 17th concert at North Carolina's Greensboro Coliseum where this experiment is set to take place is being billed as a "no-fee event – the price you see is the price you pay.'

Convenience charges have long been the bane of many concert-goers and can add as much as $185 to the cost of a high-end ticket. The fees are typically split between Ticketmaster and the venue and the argument for such fees is that its more convenient to purchase tickets from Ticketmaster than from the venue box office.

As of yet, its not entirely clear how Ticketmaster will profit from such a scheme or if the fees will merely be built into the face value of a ticket or if they are moving towards a model more similar to what Live Nation is building.

Mr. Azoff and Ticketmaster would appear to have their work cut out for them. Live Nation, formerly Ticketmaster's largest customer, recently announced that they too, were getting into the ticketing business and quickly scooped up SMG, another major Ticketmaster client. Furthermore, Ticketmaster, like many other firms, has been suffering from the economic downturn and recently reported that their Q3 profits had slid 76% from the same period last year. – CelebrityAccess Staff Writers