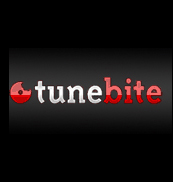 DRM FREE (Hypebot) – Tunebite, a new software for sale for just €20 ($27 US) claims to eliminate DRM from more than 100 formats including Nokia's Comes With Music unlimited mobile music service. Since Comes With Music lets users download as many tracks as they want for a year, freeing the songs of all DRM is very bad news for Nokia and the labels who license to them.

The Tunebite Universal Converter works "by playing tracks at speed and re-dubbing them into a non-encrypted file, rather than hacking the DRM in the traditional sense. But it can rip through tracks at 54 times their normal speed, so a song takes just a couple of seconds to be yanked free of Nokia’s protection," reports web site Electric Pig.

2009 is already shaping up to be another year of cat and mouse between record labels determined to hold on to as much control over their content as possible and those who always seem find ways to set the music free.