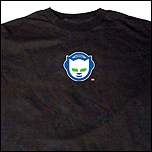 ROCHESTER, NY (CelebrityAccess News Service) – The 3,700 students living in University of Rochester residence halls will gain free access to Napster's popular Premium music service later this semester, in the first digital music agreement between Napster, a division of Roxio, and a private university. In addition, Napster and the university's prestigious Eastman School of Music will be developing ways in which Napster can begin to provide original content from Eastman students and faculty to service members across the entire Napster network.

The monthly fees for the Premium Service will be funded by the university, not by individual students, through the 2005 spring semester, at which point the service will be evaluated and permanent funding arrangements within the university will be determined.

"Digital distribution of entertainment media is definitely the wave of the future," said University Provost Charles E. Phelps. "I am very proud that the University of Rochester will be at the forefront of this emerging trend by offering students easy access to a high quality, legitimate music service." Phelps chairs a Task Force on Technology for the national Joint Committee on Peer-to-Peer File Sharing, made up of educational leaders and representatives of the Recording Industry Association of America (RIAA) and Motion Picture Association of America (MPAA).

"The Eastman School has always been in the business of defining the future of music in the United States," said James Undercofler, dean and director of the Eastman School. "We're eager to launch this promising venture to make the largest catalog of music available through this innovative service."

"This deal between Napster and the University of Rochester demonstrates the momentum behind our initiative to put the world of legitimate digital music in the hands of college students — the nation's most demanding music consumers," said Larry Linietsky, Napster's senior vice president of business development. "This relationship is especially exciting because it not only gives University of Rochester students easy access to Napster, it will eventually also give Napster's other members access to works by students and faculty of Eastman, some of the nation's most promising music content contributors."

Napster's Premium Service will allow Rochester students to stream and locally download an unlimited amount of music from Napster's digital library of over 500,000 tracks, the largest catalog available online. Students will also get access to over 50 fully interactive radio stations, videos on demand, decades of Billboard charts, a powerful recommendation engine, an online magazine (Fuzz) and additional community features like the ability to peer into other members' collections and send tracks to friends. Permanent downloads — to burn to CDs or transfer to any of 60 portable music devices — can be purchased for 99 cents each or $9.95 for an album.

Beginning later this semester, the service will be available to the 3,700 students who live in residence halls at the University's River Campus and Eastman School of Music. The University will explore opportunities to extend
the Premium Service to all students in the fall of 2004, and, additionally, to offer the service at a discounted rate to faculty and staff.

"We intend to mount a vigorous effort to educate members of the University community about their personal responsibilities to observe copyright regulations," Phelps added. "The digital world — and our own institution's role as the creator of 'intellectual property' — demand that we respect the principles of ethical use for digital data and products." In fact, the College of Arts, Sciences, and Engineering is now exploring the establishment of an undergraduate course in which students study digital copyright issues and then promote an understanding of those issues among their fellow students.

"Based on the success and popularity of Napster's groundbreaking program with Pennsylvania State University, a public institution, many schools have since sought to institute similar programs with us," said Linietsky. "We are thrilled that the University of Rochester will become our first private school partner and we look forward to a successful roll-out with them as well other institutions down the road." –Bob Grossweiner and Jane Cohen