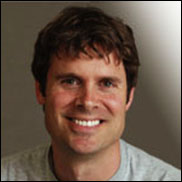 OAKLAND, CA (Hypebot) – Wall Street punished Pandora stock on Monday, after founder Tim Westergren was named CEO as part of a major executive restructuring. But several prominent analysts and music industry insiders took a different view, praising the decision; and we got the first indications as to why the change was made.


Pandora stock fell as much as 12% on Monday, closing at $9.58 for a total of $30M in lost value. The drop happened in the hours after the company announced that founder Tim Westergren was assuming the role of CEO as part of a major executive restructuring.


But several top analysts praised the move, calling Westergren "charismatic" and "visionary." “This is front and center about a company that wants to change its mojo,” Barton Crockett, analyst for FBR Capital Markets told the New York Times. “They have an inspirational founder who has been very prominent within Pandora, and representing Pandora to artists, and is now stepping up to take over the whole operation.”


Westergren's ascension to Pandora's top post comes just as the company is plotting its entry into the on-demand streaming market currently dominated by Spotify, Apple Music and a handful of other players. At the top of his agenda is repairing industry relationships damaged by his predecessor who used aggressive tactics ranging from lawsuits and lobbyists to buying an insignificant FM radio station in an attempt to circumvent or at least mock the current licencing system.


What The Music Industry Is Saying


Sources tell Hypebot that Westergren will also be working to close the difficult label and publishing deals needed to launch its demand service based on the tech it purchased from a bankrupt Rdio. We're also told that most label execs want Pandora to enter the on-demand market soon, both because of its audience size and how well they monetize it. Pandora's evolving ad platform and local sales staffs generate more revenue than other ad-supported music services; and if even if only a fraction of their 81 million active monthly users convert to paid subscriptions, Pandora would instantly be a formidable competitor.


Westergren hinted as much yesterday. “We are pursuing a once-in-a-generation opportunity to create a massive, vibrant music marketplace,” he said in a statement. “We have the audience, the technology infrastructure, the monetization engine and, most importantly, the right team with the passion and commitment to do it.”