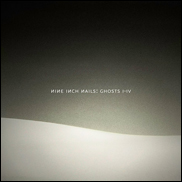 Just a week and a day after self-releasing the 36 track opus "Ghosts", Reznor has reported 781,917 transactions including free and paid downloads and orders of physical product. Nine of the 36 songs are available as a free download. A $300 Limited Edition Ultra-Deluxe Edition sold out 2,500 copies in 24 hours. The 36 tack set was also available as a $5 download, a $10 double-CD and in a $75 Deluxe Edition with bonus content. The total one week take according to Reznor is $1.6 million so far.

Reznor's entire marketing campaign for this self-release, which means he keeps the lions share of all profits, consisted of an announcement on the band's web site and seeding the free edition across P2P and torrent sites.

IMITATORS BEWARE
These numbers are certain to turn the heads of other artists, managers and label execs particularly since NIN is viewed as a successful but fringe band. But it is precisely because NIN does not try to appeal to the fickle masses that this release has been so successful. Reznor found his audience and then by staying close to them, he has been able to profit.

REMEMBER HENRY FORD?
"Ghosts" is offered a price point for every level of commitment from vaguely interested (free sample), to casual ($5 download, $10 CD/DVD) to fanatic ($75 and $300 sets). If you're uncomfortable buying via his site, Amazon has the download at the same price. Still like physical product? Pre-order the CD/DVD and get the download now free. Even the inclusion of the DVD shows an awareness that the average consumer may grab a few mp3's from a friend, but is far less likely to download a DVD.

All this seems quite revolutionary until you consider that Reznor is just following a marketing mantra that other consumer sales driven industries have understood for decades: GIVE THE CUSTOMERS WHAT THEY WANT. Henry Ford said, "You can buy a Model T in any color you want as long as its black". Not too many years later, cars not only come in a rainbow of colors, but also in various sizes, shapes and prices.

Too many in the music industry still need to learn this lesson before they go the way of the Edsel.