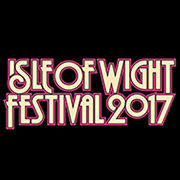 NEWPORT, UK (CelebrityAccess) — Isle Of Wight Festival promoter Solo has pulled back from its request for the local council to reduce or waive the fee for the use of the festival's venue at Seaclose Park.

Earlir, the BBC reported that the festival's future at the venue was in doubt without an adjustment to the fee, quoting a council report that said: “While at this stage it cannot be confirmed that the varying or waiving of the council’s land hire fee would ensure the staging of the festival in 2017, there is a real risk that unless Solo can reduce its costs and or increase ticket sales that the event may be cancelled.”

However, after the initial story, Solo has now withdrawn its request for the council to revisit the fee, citing “incorrect media inferences” and said they would look at alternatives for reducing costs.

In a press statement addressing the story, a rep for the Isle of Wight Council said:

“The Isle of Wight Council has worked closely with Solo Promoters Ltd over the past 15 years to facilitate the Isle of Wight Festival, which generates around £10 million per year to the Island’s economy.

“The council was approached by Solo with a request to vary the terms to its current agreement to use Seaclose Park – and has a responsibility to its residents to consider the request openly and transparently. As a result a report was due to be considered by the council’s Executive on Thursday 13 October containing a wide range of background information to help inform councillors in their decision making.

“The report sought to make it clear that Solo has two choices regarding the increasing costs – to reduce its running costs or to raise ticket prices. Solo has always been committed to offering their festival goers the best value for money and do not believe it’s fair that the fans are the ones left to contribute to rising costs, hence its approach to the council to vary the terms of the current agreement.”