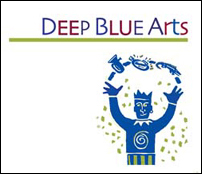 In addition to management, Bernett is handling music supervision and soundtrack album production for the forthcoming John Sayles film Honeydripper, due for release later this year. And he is serving as a research and development consultant for One Reel’s Teatro Zinzanni cabaret project in Las Vegas.

Bernett has been in and around artist management for the past 25 years, Most recently, from 2001-2006, he was a management partner with the Fitzgerald-Hartley Company at the firm’s Ventura, Calif., office. He was a VP with Gold Mountain Entertainment from 1994 to 2001, working closely with Bonnie Raitt among others. Bernett’s prior background was in live production, including a stint with the Rolling Stones and in-house at the New Orleans Jazz & Heritage Festival.

According to Bernett, “I’ve always gone for the real deal. As our business becomes increasingly fettered and ephemeral, it’s more important than ever for those whose art comes from the soul to be represented by someone whose motivation comes from the same place. With the kickoff of Deep Blue Arts, I’m continuing my personal tradition of working with artists of great integrity, and projects that get me excited. Richard Thompson, Jill Sobule, Catie Curtis, John Sayles, the One Reel Organization — all are the real deal, and there will be more to come.”