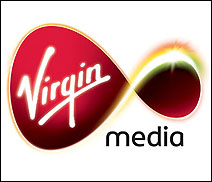 LONDON (CelebrityAccess MediaWire) — Virgin Media has backed away from talk of a voluntary plan to implement the three-strikes-and-your-out file sharing policy proposed by British record company lobby group, the BPI.

Now, a spokesman for the firm is disavowing any notion that such an agreement is in the offing "There is no pilot in place. There are no details to confirm as we haven't come to any sort of agreement with the BPI."

"The BPI wants the Government and ISPs to adopt the three-strikes system, we don't want to go down to that level as it raises questions about privacy and funding." the spokesman added.

That doesn't mean that UK downloaders are free and clear however. The plan had the support of the government as well and they are threatening possible litigation if a resolution can't be reached. For their part, Virgin's lack of enthusiasm is understandable as the plan doesn't really explain who will pay for the initative or how Virgin will make up for the customers that the ISP voluntarily discards for file sharing violations. – CelebrityAccess Staff Writers