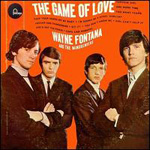 GLOSSOP (CelebrityAccess MediaWire) — Its been a rough couple of weeks for Wayne Fontana, front man for sixties sensation The Mindbenders.

Fontana, who's real name is Glynn Ellis was arrested and charged with arson and intent to endanger life at hs home in Glossop, Derbyshire after police were told that Ellis had allegedly poured gasoline or lighter fluid over a car with another man inside, the Guardian reported. If convicted, Ellis could face up to 14 years in prison.

Ellis then made headlines again after he reportedly had an onstage outburst at a Swinging Sixties event at Warner's in Hungerford, Berks. He launched into a tirade in front of 500 dismayed fans. Ellis had been telling fans that he felt like "Jews had been treated by the Nazis" during his arrest. When a fan told him to "stop moaning and start singing" Ellis reportedly launched into a string of invective at the fan, asking, perhaps rhetorically "F***ing hell, have you got a f***ing appointment or something?" starting an angry rant that lasted for five minutes. The rest of the mindbenders tried to strike up a tune, but Ellis apparently was having none of it.

The Mindbenders had a #1 hit with Game of Love and we're also well-known for their song 'Groovy kind of love'. Ellis is scheduled to appear in court on Feb. 19. – CelebrityAccess Staff Writers