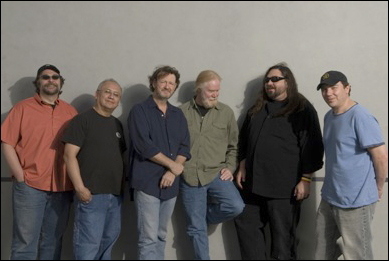 NEW YORK (CelebrityAccess MediaWire) — With their recent induction to the Georgia Music Hall of Fame under their collective belt, touring legends Widespread Panic are receiving another special honor – the first-ever Road Warrior Award at the 5th Annual Billboard Touring Awards. The awards signify the culmination of the two-day Billboard Touring Conference, taking place at New York City’s Roosevelt Hotel on Nov. 19-20th, 2008. The Road Warrior Award was conceived to recognize the band’s commitment to touring year after year and dedication to the art of live performance.

Before the band heads to New York City in November, they will finish off a whirlwind fall tour with a special Halloween show in New Orleans. For Panic fans who can’t make it down to the Big Easy for the festivities, the show will be webcast live from UNO Lakefront Arena, New Orleans, LA in its entirety on http://www.iclips.net
and www.widespreadpanic.com
. The show will begin at 8:15pm. Widespread Panic has partnered with iClips.net and Digome, a Nashville, TN based provider of custom web 2.0 and 3.0 solutions including DVD quality streaming capabilities for live events, in order to bring fans what is sure to be a memorable show.