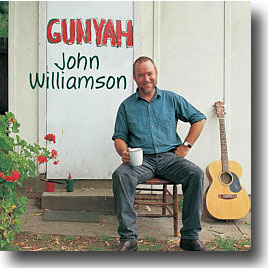 Australian country musician, multi Golden Guitar winner and Roll of Renown inductee John Williamson is to take over as chairman of Australia1s country
music industry body, the Country Music Association of Australia in 2003.

Williamson will succeed Joy McKean, who has decided to step down as chairman due to
increasing work and personal commitments. McKean was a founding member of the CMAA, "and
one of our great strengths over the last 10 years," according to CMAA general
manager Kate Nugent. "Our treasurer from the beginning until she took over the
chairman's reins last year, Joy has made a lasting and significant contribution to the
development and promotion of country music in Australia through her dedication to,
and work for, Australia1s country music industry organisation."

Also a founding member and vice chairman of the Association since its inception until
the mid-90's, Williamson was a driving force in establishment of the organisation
which came into being in January 1992. He was heavily involved in discussions and
negotiations for the CMAA's eventual takeover of the Country Music Awards of
Australia and played a pivotal role helping the Association find its feet in the early
days.

"I feel very humble taking on this important role," Williamson said, "and to help steer
the CMAA into its second decade. All of Australia has significant challenges to face
in the coming years and the music industry is no different. I believe the CMAA has
done a great job over the last decade on behalf of its members and the industry as a
whole. Its work will be even more important over the next few years as we continue to
promote Australian country music as part of our culture."

Nugent said the Association was delighted to see Williamson back directly involved
with the organisation again. "John has tremendous respect throughout the Australian
music industry, and we will be proud to work with him to further promote and develop
the Australian country music industry."

Williamson will take up his new role following the CMAA1s annual general meeting on January 22, in Tamworth.