SEOUL (CelebrityAccess) — After more than a month of legal controversy, K-pop icon Seungri announced that he’s retiring from his group Big Bang and stepping away from the entertainment industry entirely.

According to the Korean Herald, Seungri made the announcement via social media, “I feel like it is best from me to retire from the entertainment business at this point,” he wrote, adding, “I will sincerely submit to the investigation on this matter, and reveal the truth to all the allegations.”

Seungri, 29, is currently facing a criminal investigation over allegations that he provided prostitutes for foreign investors for Burning Sun, a nightclub where he served as an executive director.

The case first came to light in January, after an assault captured on camera at the club in Gangnam sparked a wider law enforcement investigation into allegations of sex assault, drug use and potential police corruption by in Seoul.

The investigation was given new legs late last month when local media reported on an archive of text messages that appeared to show Seungri and his associates discussing supply prostitutes to potential investors.

The messages were reportedly exchanged in a KakaoTalk chatroom with Seungri, and a number of celebrities, the Seoul Broadcasting System reported. According to the SBS, a whistle-blower took the chat archive to the South Korea’s Anti-Corruption and Civil Rights Commission rather than police as some of the messages hint at potential police corruption.

On Sunday, police raided the club and arrested multiple individuals, including Seungri, whose real name is Lee Seung-Hyun.

“To secure a warrant for the raid aimed at addressing suspicions, we have booked Seungri as a suspect,” a police officer told the Korean Herald. Per the Herald, he has been released but some local media have reported that his passport has been confiscated.

Seungri has denied the allegations against him involving sex trade and police bribery and claimed he was not aware of sexual assault, rape and drug use at the nightclub.

Last week, Seungri announced he was taking a temporary leave from Big Bang to undergo his mandatory military service, but it is unclear how his currently legal entanglements may affect that plan.

Originally formed by South Korean entertainment giant YG Entertainment in 2006, Big Bang is one of the progenitors of the modern K-Pop scene. Big Bang’s most recent album Made (2016) has sold millions of digital copies, including 1.113m on its first day of sales in China alone.

In a statement released on Monday, YG Entertainment said: “We have belatedly confirmed that Seungri has released a message to the public about retirement. It was something that he uploaded himself without consulting YG Entertainment first. Currently, we have no additional comment we want to add in regards to this. It has still yet to be decided whether or not his contract will be terminated. We will let you know once the situation is figured out.” 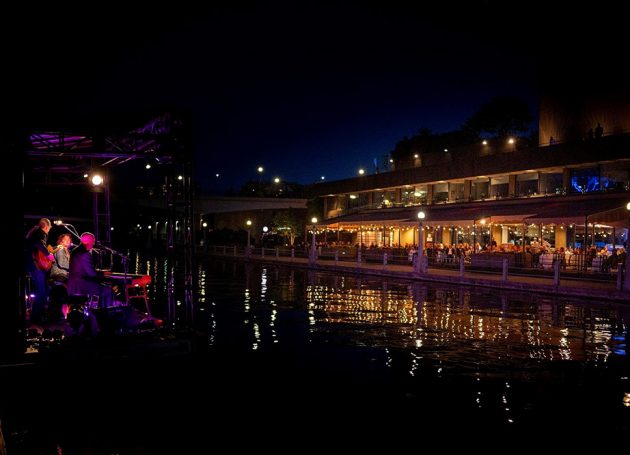 The Chef’s Table At National Arts Centre Returns For 2021