(Hypebot) — Staying culturally relevant in a constantly shifting media and social landscape is no easy feat, particularly during a pandemic. Bruce Springsteen’s solution? Star in a Jeep commercial during the Super Bowl.

By David Deal from Superhype

Bruce Springsteen is catching some flak for appearing in a Jeep ad. He does not need the money. So why would the Boss do a commercial? Here’s the answer: he wants to keep his personal brand relevant and visible. And that’s a lesson everyone should heed, no matter who you are or what you do for a living.

Bruce Springsteen broke through during the album-oriented era when heavy radio airplay, touring, and mass-media PR helped his music find an audience. When MTV came along, Springsteen adapted to the video format by learning how tell stories visually. His career became bigger than ever. But even then, video was a mass-market play.

Then digital changed everything.

Today, Springsteen can only hope to gain a sliver of anyone’s attention while his music competes with Fortnite, Netflix, Facebook, and a ton of other distractions that did not exist in the 1970s. Music has become background noise while we exercise on our Peloton bikes. The idea that an artist like Springsteen can expect anyone to listen to a record album from start to finish is laughable.

To his credit, Springsteen saw what was coming when Napster exploded on the scene in the early 2000s and killed the record album. He found new ways to stay relevant, such as performing at the Super Bowl in 2009 (which introduced him to Millennials and older Gen Zers who were about 12 years old at the time), speaking at the oh-so-trendy SxSW festival, and doing a Broadway show. He also relied on one of his great strengths — concerts — as the touring industry exploded in the 2000s in way it never did in the 20th Century.

But Springsteen cannot tour during the pandemic. A commercial (especially a Super Bowl commercial) amplifies an artist’s voice the way radio used to do when Springsteen hit it big. He’s doing what he needs to do in order to keep his brand relevant and visible.

He’s not the only Baby Boomer artist who has learned the lesson of brand relevance in the digital age. Many, many others have gone down this path. One of them, John Mellencamp, used to skewer artists for doing advertisements with corporations. And then he licensed his song “My Country” for a Chevrolet advertisement around 2007. His fans howled with outrage. But he had seen the writing on the wall when artists of his generation were not getting the attention they used to receive. As he explained in a 2007 Rolling Stone interview discussing the licensing of “My Country” to Chevrolet:

Chevrolet is talking to me, and I ask, “How many times are you going to play this commercial?” They said, “You’ll have more airplay than on any record you’ve ever had.” I couldn’t believe it. I believe it now.

Or as Mellencamp put it to The New York Times, “The bottom line is, I’m a songwriter, and I want people to hear my songs. I’m not saying it’s right. I’m not suggesting it for anybody else. This is just what I did this time to reinvent myself and stay in business.”

What are you going to do in order to reinvent yourself and stay in business as the world changes around you? 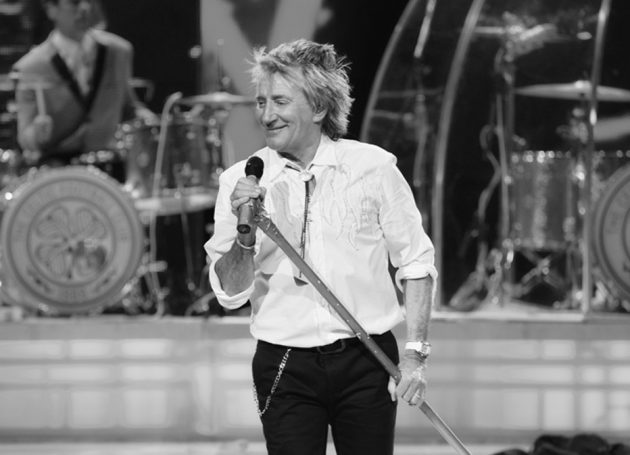