Never was so much spent on so little.

You rise to the occasion. Getting the gig is one thing, delivering is another. And it’s not as simple as performing, art is all about conception, and the Weeknd seems to have ceded his entire production to third parties and in the process lost control of his art. It was almost like we still live in the pre-internet era, when MTV ruled and if you didn’t spend money and dance you couldn’t make an impact, but those days are through. Contrary to mainstream disinformation this decade is about the niches, the triumphs away from the Spotify Top 50. Never has music been a bigger tent.

Name recognition. That’s why you play the Super Bowl. It’s not so much a notch in your belt as a step in growing your fan base. Usually tickets go on sale right after the performance, striking when the iron is hot, but there are no shows now and the Weeknd wasted his opportunity, in one flash he made the rest of the world outside the music industry bubble realize how big he is, but he didn’t come close to closing them, at best you could shrug. My inbox is filling up with those who were non-plussed and disappointed, how could this travesty be presented? Sure, football is a spectacle, and music can be too, but oftentimes the bigger you make it the smaller it becomes, whereas that which is tiny and precious triumphs. Like H.E.R.’s rendition of “America the Beautiful.”

Most people have no idea who she is. But she sang the song like she owned it, like she’d written it, and it wasn’t only her vocal, it was her guitar-playing that wowed and made you pay attention, her performance stuck with you as the game progressed, a game hobbled by penalties…thank god there are no penalties in music, music is about being pure, distilling it all to an uncompromised essence, like H.E.R. did tonight.

We’ve gotten too far from the garden. We’ve become focused on stars as opposed to music. Money rules and it cannot be contradicted. If someone is successful you can’t criticize them. I think it’s ridiculous that the Weeknd wasn’t nominated in the big Grammy categories, but I can’t say his music is memorable, that it moves the needle, never mind the football, especially when he started working with producers-du-jour who homogenized his sound, sawed off the edges in pursuit of consumption. Yes, the Weeknd is now safe.

That’s one thing that separates human beings from other species, we have feelings. And we live to be touched, otherwise it’s just drudgery. And sure, one can be moved by athletic performance, but not as much as music, which when done right comes from the soul and transfers the message, the feeling, into the listener. I can try to explain H.E.R.’s magic, but it can’t compete with what I felt, like I’d been remiss in not paying her much attention previously, that not only was she talented, she played like she owned the place. That’s how Prince owned the Super Bowl, he was bequeathing his music, his material, to everybody watching, both in the stands and on TV. Can you remember who competed, never mind who won? OF COURSE NOT! Can you remember the production? NOT REALLY! All you remember is Prince wailing on the guitar and reaching you in a way no one else ever has in this setting, you had no choice but to take notice.

Funny that America’s game is hobbled by penalties. This is why soccer, the rest of the world’s football, is superior. It’s just like life, make too many rules and people become dispirited and innovation wanes. But if you set people free you’ll be amazed what they’ll do.

And H.E.R. was set free tonight.

So expect further travesties at halftime at the Super Bowl. Bigger and better. But intimate is what really triumphs these days. It’s the key to social media, the more money you put into it the fewer the rewards. We want to see YOU, not the trappings. Which is why you can spend a fortune on a music video and it still stiffs in the marketplace, because that paradigm hasn’t really mattered since PSY, and that was years ago.

And Lil Nas X triumphed on TikTok. And it was the song that generated the videos. The public embraced it and expanded upon it. People want to be engrossed and participate, in the twenty first century watching is oftentimes not enough.

So you can play the Super Bowl and everybody knows your name, but it may not drive up your business, it may even backfire on you, as it did with Maroon 5. Just showing up is not enough, Just giving a performance is not enough. We’re not looking for lights and lasers, we’re not looking for dancing and production, we’re looking to you…are you real or are you affected, do you have credibility or have you sold out, are you doing it their way or your way?

H.E.R. did it her way tonight. She sprinted far beyond the Weeknd. This one appearance will pay dividends. People have a good feeling about Gabriella Wilson, they’re tuned in and want more. Watching Abel Tesfaye tonight you winced, you wanted to change the channel, and if you continued to watch you wanted it to get better, but it only got worse, especially with all the dancing fools at the end.

When we strike the production and effects, when it’s just you on stage, it is quickly revealed whether you have it or not. In truth we’re rooting for you, because so few have it. H.E.R. obviously practiced, she paid her dues, she was confident, you could see all her experience, all her talent in a couple of minutes. Let her be a beacon, if you want to triumph in music, if you want to have a long career, follow H.E.R., not the Weeknd. 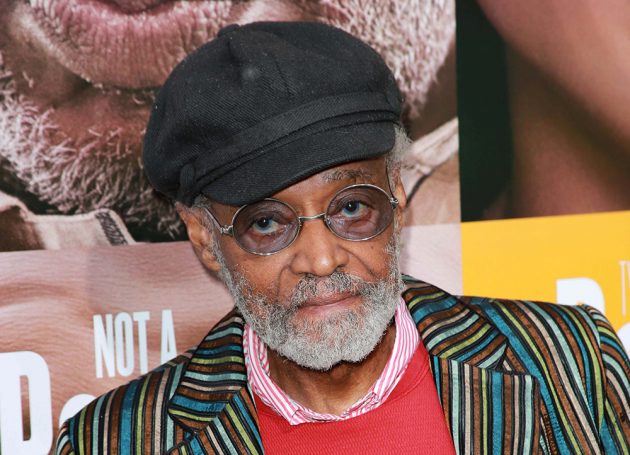