REGINA, CANADA (CelebrityAccess) – JUNO Award winning record producer and music manager, Mel Shaw passed away at the age of 82. Shaw was best known for being the manager and producer of Canadian band, The Stampeders.

Shaw, who began performing at a young age, co-hosted CHCT-TV’s teen dance variety show, “Guys & Dolls” which led him to cutting his own debut 45 single, “Mean Lover” / “The Swinging Sound” in 1960. He was the producer for all the Stampeders ten albums from their inception in 1965 until their disbanding in 1979. Their first single, “Carry Me, hit #1 on the Canadian Adult Contemporary Charts and went gold. The Stampeders had several top ten hits in Canada and went on to tour the world. In 1972, Shaw won the JUNO for Best Producer and went on to be nominated again in 1975, 1978 and 1978.

One of his greatest contributions to the industry was his involvement with directing the “Two Cents, Too Long” campaign calling for copyright revision which was launched in the late eighties by publishers and songwriters and played a significant role in the passage of Bill C-60 which amended and modernized the Canadian Copyright Act in 1988. It gave way to direct negotiations between the Canadian Musical Reproduction Rights Agency (CMRRA) and Canadian Recording Industry Association (CRIA, now Music Canada) on rates and terms of mechanical licensing and included enhanced moral rights and the creation of a new Copyright Board.

In 1992, Shaw and wife, Fran, moved to Nashville TN, and opened an office in Nashville’s Music Row. Shaw would continue to produce and mentor several country artists. While in Nashville, he produced an album honoring the workers of the mines called “America’s Coal Miners.” They lived in Nashville for 25 years before returning to Canada. Shaw received the Walt Grealis Special Achievement Award at the 1991 JUNO Awards and in 2021, received the inaugural SOCAN CanCon Guardian Award. 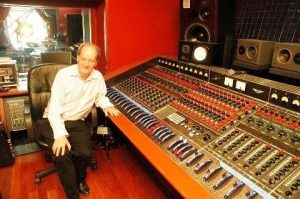 The Stampeders had this to say about the revolutionary music man: “Just a few hours ago, we heard of the passing of Mel Shaw. I write this with tears in my eyes. To Rich, Ronnie and me [Kim], Mel was our North Star. He inspired us to believe in ourselves and guided us through the entire first phase of our career. He was a mentor, a big brother, a manager and a friend. As he was to us, so was he to a legion of other young, hopeful musicians. He was much loved. Carry on Dear Mel. See you around.”

Shaw is survived by his loving wife, Fran; his children David and Susan; and sister Maureen.