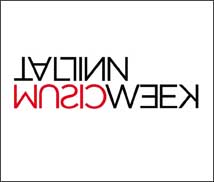 The 183 bands and artists performing on 27 festival stages gathered 11 200 visitors. The festival’s conference programme was attended by 589 local and international delegates.

The conference opening hosted a welcome speech by the President of Estonia Toomas Hendrik Ilves, who revealed an extensive knowledge of rock music, citing Neil Young and PJ Harvey and also touched upon the connection of rock’n’roll to democracy and freedom of speech, pointing out the recent arrests of the members of a Russian punk band Pussy Riot. The speech can be viewed in full here.

589 music entrepreneurs and representatives of music organizations took part of the conference as delegates, among them 306 from abroad and 283 from Estonia. 108 delegates were present from Finland, 46 delegates from Latvia, 34 from UK, 27 from Germany and 19 from Russia.

“We are happy to see that TMW has now a solid place at the annual calendars for our region’s music industry key players and organizations. If we manage to boost up the artist and knowledge exchange between the neighbouring countries by making it possible for the right people to meet each other, we have already succeeded, simultaneously providing a gateway into the market for the whole Europe and the world.

Just five years ago it was quite rare to see an Estonian band play in Finland or Latvia and as rare to see any Latvian bands play in Estonia. Things have changed significantly and suddenly the whole region is a bigger and more open market place for new talent, “ comments the head organizer of TMW, Helen Sildna.

Meanwhile, right after TMW, European Talent Exchange Programme released a statement, saying Estonia’s Ewert and the Two Dragons are doing best out of this year’s ETEP program following Eurosonic 2012 and the band have been confirmed to play at festivals in Finland, Sweden, Belgium, France and Lithuania. Ewert and the Two Dragons were in fact the Skype Award winners of TMW 2011 and within a year their career has taken them to festivals across Europe together with their first tour in North America.

The Skype Award winner 2012 will soon be announced and the prize of 3500 EUR will go to an artist with the most international potential as selected amongst TMW delegates.

During the 4 years of TMW a lot has happened to the music industry of Estonia: in 2010 an industry’s platform organization Estonian Music Development Centre was established, in 2010 the first master-class of Estonian music entrepreneurs kicked off, in 2011 the organization together with TMW got the first solid 2-year funding for developing export activities through Enterprise Estonia (EAS). “TMW has a key role in shaping the Estonian music export strategy and the festival is an important partner for the government when developing the best support measures that would help musicians to reach international markets,“ comments the undersecretary for fine arts at the ministry of culture Ragnar Siil.

Dates for Tallinn Music Week 2013 will soon be announced.