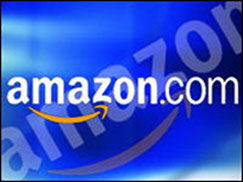 SEATTLE (Hypebot) – Overnight Amazon beat both Google and Apple to market with the launch of a freemium cloud based digital media locker and robust integrated music player that accesses stored tracks across multiple computers and Android devices.

The four major labels were informed late last week of the move which, Amazon insists, does not require them to ask licenses. Not every rights holder agreed, however, and at least one label group is considering how to react to Amazon's unilateral decision to launch.

"We don't need a license to store music. The functionality is the same as an external hard drive," according to Craig Pape, director of music at Amazon.  But not everyone agrees.  Sources tell Hypebot that Warner Music Group is particularly upset by Amazon's unlicensed launch and considering how to react.  WMG, may however, find that other labels aren't ready to join them in a fight with Amazon.  "It's about time someone did this and we're just glad its not Apple," one label source shared privately. "It will push other negotiations forward."

Launching without full label buy-in is a bold move for Amazon. But this is the same team that launched Amazon's DRM free mp3 store without at all of the labels – including Warner Music Group – on board.  Just last week, Amazon launched a rival app store despite the threat of a legal battle with Apple who claim to own the term "app".

Despite some protests, Amazon's new Cloud Player will be seen by others as a needed competitor to Apple. Much like iTune's, Amazon's Cloud Player is well integrated with their download store.  New tracks purchased there can be automatically uploaded to the locker, as can any file on the users computer.  The first 5 gigs of Cloud Drive storage is free, and another 20 gigs is added with the purchase of any album download. Other paid plans are available averaging  $1 per gig per year.

And while the player currently handles only music, Amazon clearly has its sights set on serving up all digital media via the cloud.  CEO Jeff Bezos ended his announcement letter to customers with a coy: "P.S. You can use the Cloud Drive for more than music Store your photos, videos, documents, whatever you'd like, in the cloud."