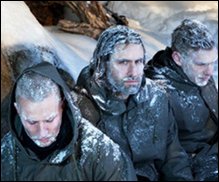 LONDON (VIP NEWS) — The winners of the 2011 European Border Breakers' Awards (EBBA) for emerging talent in European pop, rock and dance music has been announced.

The winners will receive their awards in a ceremony hosted by TV personality and musician Jools Holland at the opening night of Eurosonic Noorderslag in Groningen, Netherlands, on January 12th.

The European Border Breakers' Awards are presented to new or emerging European artists or groups for success in reaching audiences outside their own country with their first internationally-released album. The aim of the prize is to help increase their sales and visibility across Europe.

The award ceremony – including performances by most of the winning acts – will be recorded and broadcast by Dutch National Television (NOS/NTR) and will also receive European coverage through TV channels and radio stations associated with the European Broadcasting Union (EBU) and others.