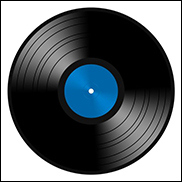 (Hypebot) – While for many the idea of a record label has become antiquated and anachronistic, several artists such as Ed Sheeran, Miley Cyrus, and Jack White appear to disagree. Here George Howard speaks with John Simson (one of the founders of SoundExchange) about the economic incentives, both current and potential, for artists who own their own labels.


Guest Post by George Howard this first appeared on Forbes


As Billboard recently reported, singer-songwriter, Ed Sheeran has started a label: Gingerbread Man. Sheeran explains that the gesture isn’t about the money, but rather because he “[wants] to hear some cool music on the radio.”


Miley Cyrus’ new record, Miley Cyrus & Her Dead Petz, was released without the financial support or the knowledge of her label RCA, and essentially was released by the artist herself.


Certainly, these aren’t the only high-profile artists who have either started their own label or operated independently of the label to whom they’re signed. Jack White’s Third Man Records, for instance, has been releasing a steady stream of both his own output and that of other artists, since 2009. Even Frank Sinatra had his own label, Reprise Records (though, it was sold to Warner Bros. soon after its founding).


In some ways the very notion of a record label seems as anachronistic as the “Bros.” appended to “Warner” (it’s now the much more en vogue, “WMG.”) This is because various moments of disintermediation – the removal of the layers that stand between those who create music and those who consume it – have called to question the role of labels. Specifically:


The advent of home digital audio recording, which took root in the early 1990s allowed for some artists to forgo the trading of the ownership of their sound recordings to labels in exchange for the funds to make a sufficient recording.


The combination of iTunes and so-called aggregators like CDBaby and TuneCore (Disclosure: I was one of the original founders of TuneCore) in the early 2000s enabled some artists to forgo the trading of the ownership of their sound recordings to labels in exchange for distribution into stores/online retailers.


The emergence of social media, around 2010, enabled some artists to forgo the trading of the ownership of their sound recordings to labels in exchange for the publicity that labels supplied/paid for in order to alert consumers to the existence of recordings.


Why then do we even continue to utilize the term “label,” let alone continue to start them? Without calling to question Ed Sheeran’s motives for starting his label (which, for what it’s worth, I absolutely believe has everything to do with his stated intent of hearing more cool music), as is so often the case, there is a financial explanation.


Look at the credits on Ms. Cyrus’ recent release. You’ll notice – amidst the details of who wrote what – an alphabet soup of abbreviations like “ASCAP,” “BMI,” and “SESAC.” These are performance rights organizations that issue licenses on behalf of songwriters – like Ms. Cyrus and the various members of The Flaming Lips who co-wrote many of the songs on the album – to entities who desire to play their music. The specific term, as governed by copyright law, is the “Right of Public Performance.”


In practice, what this means is that every time the songs from Ms. Cyrus’ new release are streamed — from sites like Soundcloud (where Miley Cyrus & Her Dead Petz was first exclusively released), Pandora, Spotify, or radio stations – the writers of those songs are owed money, and it is the role of these entities — ASCAP, BMI, SESAC — to collect and distribute this money.


Until fairly recently, however, neither the labels nor performers of the songs were paid when songs were “publicly performed” on radio. This is due to the fact that the United States does not have an enumerated right of public performance for labels and performers – only for songwriters. (I’ve written about this inconsistency at length, if you’d like to go down a rabbit hole.)


Terrestrial radio, of course, is no longer the only way to hear music. As technologies advanced and led to digital means of music consumption (Sirius/XM, web radio, Pandora, Spotify, et al.), the rules that govern these works’ consumption have also advanced, and it these advances that provide the financial answer to why artist-run labels have economic relevance.


Specifically, no longer are songwriters the only ones who are paid when music is publicly performed. Now, performers and labels are compensated when their works are publicly performed via digital transmission.


For instance, should Ed Sheeran release a song on his new label that he wrote and performed, and should that song be played on Sirius/XM or on Pandora, Mr. Sheeran will be paid three times: as songwriter, performer, and label.


Just as my friend the Venture Capitalist Andy Weissman believes, I too feel that via technologies like Blockchain, instead of having a handful of streaming services, we will soon have thousands, and the significance of these payments will grow. Those who have the most claims to these payments – those who not only write songs, but also perform them and release them on their own labels – will benefit the most.


To understand the scope of this, I spoke to my friend John Simson.


John and I got to know each other many moons ago, when the label I was running, Rykodisc, released the American Roots Music project, for which Mr. Simson expertly navigated the complex legal elements. Mr. Simson went on to be the founding Executive Director of SoundExchange from 2001 to 2010. SoundExchange collects on behalf of the labels and performers as described above.


Below – lightly edited for clarity and grammar – is my conversation with Mr. Simson:


George Howard: John, thanks for doing this. So, my premise here is that there’s a real economic incentive for artists like Ed Sheeran to start their own labels. Can you talk a bit about the growth of streaming and collections?


John Simson: The growth of streaming has been remarkable. It has benefited from new services taking advantage of new technology to bring music to consumers. While some legacy services were in existence in 1995 when the law providing for streaming payments was passed, it wasn’t until about 10 years ago that the explosion of revenue began to occur.


GH: Can you give me some specifics?


JS: Sure. From 1995 to 2001, SoundExchange collections were approximately $6.2 Million total. It grew to roughly $10 Million in calendar 2003 and around $40 Million in 2005. By 2010, SoundExchange collections were well over $250 Million and growing by double digits each year, primarily on the strength of Sirius/XM satellite radio and Pandora Internet radio.


SoundExchange is likely to hit $1 Billion in collections in 2015.


GH: Wow. So, talk a bit about how this increased collection relates to artists?


JS: The major benefit to Artists who start their own labels is that they are collecting both the label and featured performer share of streaming revenue.


The statutory license that SoundExchange administers requires that royalties be split 45% to featured performer and 50% to the owner of the master recordings (typically a label).


When the Artist is their own label, they are capturing 95% of streaming revenue rather than 45%. [Note: the remaining 5% is paid to a fund to pay background musicians and vocalists.]

GH: Right, and so it really does provide incentive to artists to be their own label. There’s a sort of economic calculus now that there’s increased revenue potential…a sort of cost/benefit analysis that is similar to the one artists used to calculate with respect to the increased margin of being their own label in the era of CDs and downloads. Now they have to do that cost/benefit around increased streaming revenue versus what they gain/give up by signing to a label. Right?


JS: I think it is safe to say that Artists need to determine if they need the services of a label for marketing, promotion and creative input, or whether they’d rather hire outside parties to take on those roles so they can retain the greater portion of streaming revenues.


GH: Right, right, and these streaming revenues are both growing and differentiated between services.


As you say, George, it is important to note the differences between narrowcasting. Pandora — where one song is played to one listener — is “narrowcasting.” While Sirius/XM streams one song to potentially 28 Million subscribers is “broadcasting.” As such, a play on Sirius/XM is worth much, much more than a play on Pandora. Where an artist/label receives roughly 14 hundredths of a penny for each Pandora spin or 14 cents per 100 spins, each play on Sirius/XM is worth well over $12.00!


GH: It’s great information, John, and it’s great to talk to you. Thank you.


George Howard is an entrepreneur, educator, advisor, and angel investor. He was the President of Rykodisc, one of the original founders of TuneCore, and manager of Carly Simon. He recently co-founded Music Audience Exchange, is an Associate Professor atBerklee College of Music , and advises numerous creative companies. He is most easily found on Twitter.