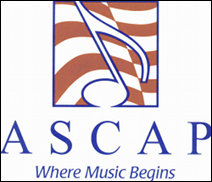 NEW YORK (CelebrityAccess) — ASCAP reported that they have become the first PRO, or performance rights organization, to post revenue of more than $1 billion for calendar year 2014.

Of that revenue, over $883 million went to songwriters, composer and music publisher members, up $32.3 million, almost a 4% increase from 2013, the organization said.

Other highlights from their annual report include:

ASCAP grew revenue across nearly all platforms in 2014, for an overall increase of $57 million, or 6%. Domestic revenue was up 6.7% and revenue from foreign societies was up 4.9%.

ASCAP expanded its surveys of the most significant digital streaming services in 2014, including Apple iRadio, Pandora, Rhapsody and Spotify. The number of writers paid for performances on these services increased by 9X from 2013. ASCAP identified more than 1.3 million unique works played on those services, 30 times more than in 2013.

ASCAP also reported an increase in enrollment of 40% over the previous year, with more than 40,000 new members joining the PRO in 2014.

“ASCAP had an incredibly successful 2014. We worked extremely hard and continually innovated in order to maximize the financial opportunities for our members in the face of an evolving and increasingly competitive global landscape. We implemented new revenue growth strategies and productivity improvement initiatives in order to deliver the best collective licensing value proposition at the lowest possible cost for all stakeholders,” said ASCAP CEO Elizabeth Matthews. – Staff Writers