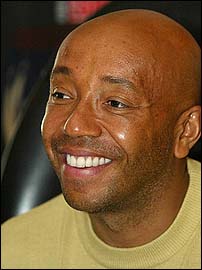 The City of Atlanta will host the precedent-setting, first- ever Urban Hip-Hop Music Fest, together with the second national Hip-Hop Summit, slated for April 11-13. The second national Hip-Hop Summit will take place on April 11 at Morehouse College, and the Urban Hip-Hop Music Fest, coined the "Woodstock of Hip-Hop", will take place at Turner Field on April 12-13. Atlanta becomes the first city to embrace a
hip-hop festival of this magnitude.

The second national Hip-Hop Summit will bring together hip-hop artists,
music industry executives, youth and community leaders to address the
positive utilization of hip-hop for community empowerment. "Our celebration
of hip-hop as a global cultural phenomenon in Atlanta through the Summit and
Music Fest will help to sustain the positive future of hip-hop culture," said HSAN president. Dr. Benjamin Chavis.

The 2003 Urban Hip-Hop Music Fest will include two days of superstar
artist performances, major corporate sponsors, participation from national,
minority-owned businesses, educational, health and youth organizational
displays, an array of cultural and artistic vendors, as well as pavilions
sponsored by voting rights and civil rights organizations. While the focus
of these events is hip-hop culture, the Summit and the Fest will be
intergenerational. The UHMF is being produced by 40 Street Records & MG
Entertainment and the Hip-Hop Summit Action Network, founded by Russell
Simmons and Dr. Chavis. A portion of net proceeds from the Festival
will be earmarked for charity.

Russell Simmons, chairman of the Hip-Hop Summit Action Network, stated,
"Just as music played an important role in the changing of our culture after
the original Woodstock, we are again at a turning point where music–specifically hip-hop–will have a role in shaping our future," Simmons said. "It's time to take that responsibility seriously."

"Our objective with the concerts and Summit is to establish new programs
that will provide entertainment, education, jobs and artist stimuli for the
myriad of individuals in young urban America," said Earl Little, one of the
organizers of the Urban Hip-Hop Music Fest.

Miquel Savannah, the President of the Festival, adds, "In addition, the
Urban Hip-Hop Music Festival in cooperation with the city of Atlanta, will
present a unique opportunity to focus and to address needs and issues of the
community, utilizing music and culture as the impetus."