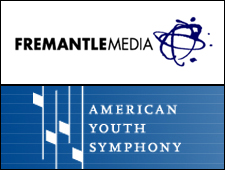 WASHINGTON, DC (CelebrityAccess MediaWire) — America's Hot Musician, a reality competition for instrumental musicians, may seek an injunction to halt the broadcast of “Search for The Next Great American Band,” a spin off of American Idol by its producers FreemantleMedia North America.

According to Variety.com, Cecile Frot-Coutaz of FreemantleMedia said, “the 'Idol' brain trust first decided to do the new show at the end of last year's 'Idol’. “We sort of thought it was a no-brainer and asked ourselves why we hadn't thought of it before," she said. "It's a natural extension of 'Idol'."

However, American Youth Symphony contends it had conversations with FreemantleMedia in February 2006, three to four months before the American Idol season ended, "as a good faith measure to alert them about our program and to make sure no potential legal conflicts existed", says Gregory Charles Royal, Artistic Director of AYS and creator of America's Hot Musician. “We shared our format and title ideas and were given a greenlight as far as they were concerned. Their only caveat was against any use of the word 'Idol' in our title", says Royal.

America's Hot Musician ran as a pilot on YouTube and several PEG channels across the United States in 2006. Currently, the national version of the show will debut on the Oxygen Network in July, 2007 and begins taping in late May. Musicians from all over the country will compete and the show features National Symphony Orchestra Violinist Marissa Regni, Ex-Kittie Bassist Talena Atfield and Royal, a former trombonist with the Duke Ellington Orchestra.

The program formats are very similar in particular, that musicians of every genre are allowed, audition rounds, interpersonal exploration of the competitors, number of semi finalists and finalists, and frequency. Also, it is unclear whether bands- as opposed to individual musicians-are truly the focus of the show.

"We may seek some sort of injunctive relief because aside from the possible copyright issues, the FreemantleMedia producers seem, according to published reports, intent on rushing their show to the marketplace, which would be in direct competition with our program set to air beginning July," says Susan Veres, AYS Executive Director.

"The mission of our program, to promote instrumental music in the MTV/Hip Hop Generation, and provide non-traditional music advertisers, such as schools, a platform to recruit on national television, is too important a cause not to fight for", says Royal.

SARASOTA, Fla., (CelebrityAccess MediaWire) — On Monday Once in a Lifetime Productions and NGM Entertainment announced that "Band America" has begun the search for the next superstar music group.

The television series, created by Leon Gaudin, Tom Murray, and Nick G. Miller, will not only showcase the musical talents of unsigned bands but will be also feature guest appearances and performances by legendary musicians and groups whose music profoundly effected our lives and shaped the music we listen to today.

Denny Laine is one of the most recognizable voices ever to come from the British music scene. He was and integral part of bands such as "Paul McCartney and Wings", "Ginger Baker's Air Force", and "The Moody Blues". Laine will be one of the judges choosing the bands that will compete in the final competition.

"I've always thought that we should do a television show with bands playing original music and I jumped at the chance when they approached me," says Laine. "Working with The Moody Blues and with Paul McCartney was always experimenting and that's still important today. We all started as singer/songwriters and I want to encourage that."

Joey Molland of "Badfinger" will be working alongside Laine as one of the judges. Molland's "Badfinger" was one of the first bands signed to Apple, a label launched by the Beatles. With numerous gold and platinum albums to his credit he was invited to perform and collaborate on two of George Harrison's solo albums and the John Lennon album "Imagine".

According to Molland, "This show is about finding a band that will knock us all out. And I know that band is out there. We all dream about finding the next great band and there's no doubt that we will find them." He adds, "This is a win-win for everybody and the end result for all the bands chosen for this show is great."

Band America was developed and created by musicians for musicians. According to Co-Creator Leon Gaudin, "The main reason we are doing this show is to help the great bands that just can't get a break or the right deal. We played our hearts out for years and many of us ended up with nothing to show for it. We're going to take these bands and bring them into the public eye and then help them turn their passion into a lifelong career – a career that rewards them for sharing their incredible gift with the world."

"When we were in early development stages of the show we wanted to make sure the viewing audience was going to be exposed to original music by the bands and to also allow the audience to get to know the bands," says Co-Creator Tom Murray. "And this will be the first time that people of all ages will be able to get together and enjoy so many different genres of music and be a part of choosing the next superstar band. We want to bring back the music."

Other guests and performers in negotiations to appear in the series include David Gilmour (Pink Floyd), Alan Parsons (The Alan Parsons Project) Brian Ferry (Roxy Music), Dez Dickerson (Prince & The Revolution), and many others. According to Denny Laine, "I've been in contact with many of the friends I've worked with over the years and they're jumping at the chance to appear on the show. Band America is going to snowball!"

Nick G. Miller is Executive Producer of the series. When asked about the recent announcement of American Idol's proposed television series involving a nationwide search for bands he replied, "We knew that when we made the announcement on Monday that some other company would quickly respond announcing a musical show with bands. I didn't think it would be the American Idol group. We're honored. They've obviously done a great job with their series. But our show is not American Idol. Band America is about people coming together and making original music that moves the listener. Our goal with this series is to find a group of people that can collectively create music that is current today, next week, next year, and ten years from now." He adds, "The content of each episode, the talent, and the sincere passion of the contestants and the guest artists will drive this series to the top, not the marketing. That in and of its self is what really sets Band America apart."