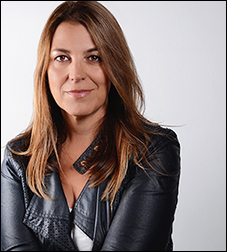 The agreement will see Rose join Primary Wave as a Partner in their music management division, based out of the company's Los Angles offices.

Rose has served as a talent manager for years, representing a client list that includes Crosby, Stills and Nash, Five For Fighting James Taylor, Natalie Cole, and Stabbing Westward. As well, she earned an Emmy award for her work as a producer on “A Tribute To James Taylor” (Great Performances) and has been instrumental in finalizing a deal which will bring to stage Alanis Morissette’s “Jagged Little Pill – The Musical.”

Prior to launching her own firm in 2009, she served as Vice President at Borman/Moir Entertainment and also did a stint with Philadelphia-based concert promoter, Electric Factory Concerts, handling publicity and promotion for major concert tours including the Live Aid Global Relief Concert. – Staff Writers