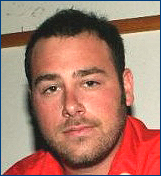 BOULDER, CO (CelebrityAccess MediaWire) — The Fox Theatre in Boulder has named Ben Baruch to the position of head talent buyer at the Fox. Ben is already up and running at his new post.

Prior to arriving in Boulder, Baruch resided in California where he founded the Los Angeles-based Wagatail Productions. Baruch will remain chief operator of the company as Wagatail continues to promote and produce concerts in all of its current markets.

Ben will be looking to continue to bring in national touring acts along with up and coming local talent to the Fox.

Among the bands performing this month at the Fox: Eek A Mouse on September 12th, Buckethead on the 21st and David Allen Coe on 27th. – CelebrityAccess Staff Writers