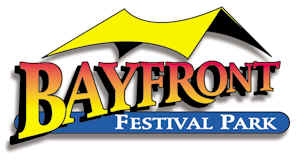 "I think what the plan is, if you're going to do the Bayfront Blues Festival on it and you're going to do (Creedence Clearwater Revisited) on it, why not take advantage of these three bands," Samborski said. "They're a clean pop show that appeals to a broad range." DECC officials hope the Sept. 3 concert will attract 10,000 people.

A move to the outdoor site boasts more than twice the arena's capacity — about 12,000 — and new facilities in a lakeside setting. A larger capacity also made way for lower ticket prices from $25 to $20 in advance and $25 day of show.

"Promoters are just real eager to see how that park is going to perform," said Carl Seehus, the city's director of parks and recreation. "We want to get the word out that Duluth has a venue that can't be found anywhere else in the state."