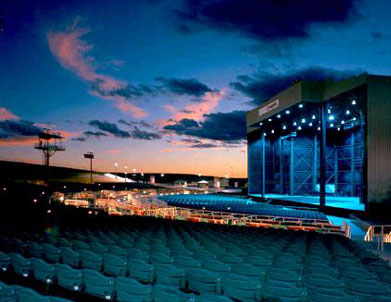 Now in its 14 month of negotiations, Albuquerque, NM's Bernalillo County, which
helped finance the Journal Pavilion (formerly Mesa del Sol Amphiteatre), is still
waiting to collect its share of the revenue from ticket and concessions sales from
Clear Channel Entertainment, operators of the facility. The holdup centers around
construction-cost issues.

After CCE became part of the public-private partnership and wanting a larger
facility than originally designed, construction costs soared. Now the question is who
the responsible party is for the more than $2 million in construction-cost overruns.
The final building cost of the venue was $6.4 million; the county financed its half of
the original cost with revenue from bonds.

"Their lawyers couldn't come to an agreement with our lawyers," county
spokesperson Liz Hamm, told the Albuquerque Tribune. "They are still negotiating it
and trying to bring it to closure."

In question is what is or isn't a construction cost – including tents, folding chairs and
landscaping – sometimes referred to as "soft costs" – are part of the negotiations, the
county has said, reports the paper.

Because of the county's agreement to pay for half the construction costs, it might
now be stuck with nearly an additional $1.2 million. It sublease agreement stated
that once the improvements were paid off, the county would start receiving
6 percent of ticket sales and 10 percent of other sales revenue, after construction
expenses.

According to Hamm, last year the county sent two accountants to audit CCE,
allowed under the sublease agreement, to ascertain how much the county was due,
but that information is now tied up in the negotiations and can't be made public.

Last year the amphitheater logged 23 concert dates, drawing more than 180,000
concertgoers. Its 2002 season kicks off May 5.