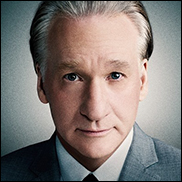 DALLAS, TX (CelebrityAccess) — Comedian Bill Maher was forced to make a rare last-minute cancellation of his performance at Fair Park Music Hall after his flight from Los Angeles was grounded due to mechanical trouble.

News of the cancellation came just 20 minutes before the curtain went up to the general dismay of the near-capacity crowd, according to Dallas News.

Maher took to social media, including Twitter to apologize to his jilted fans:

"Just got word due to mechanical plane issues will miss [the] show tonight at Music Hall in Dallas. I am deeply sorry and will return – forgive me!"

In a lengthier post on Facebook, Maher noted that this was the first show he'd missed since 2004.

I can’t begin to tell you how bad I feel about standing you up last night – I pride myself on never missing shows. “Politically Incorrect”, on 9 years, never missed a show; “Real Time”, in its 14th year, never missed a show. I’m pretty healthy, but in 23 years, of course I’ve had some health shit, but I believe if you can breath, you do the show. Same with stand up: only one I ever missed before last night was in 2004 when the airport in Humboldt County was fogged in and the plane couldn’t even take off from L. A. And last night, again, a plane couldn’t take off – something about the engine was broken so we’d crash. Fucking planes.

So while its not exactly my fault, I want you to know I very much consider it my Responsibility to make it up to you as best I can. Of course I’m going to come back and do the show as soon as is humanly possible, pending availability of the venue, etc, but I want you to know that I also realize that there’s more to the expense of going to a show than just the ticket – people get babysitters, and sometimes people drive from longer distances or even fly in, they get hotel rooms. And of course, some people just won’t be able to make the make- up show. The whole thing sucks.

And since it just happened, I have no idea how logistically to make 3,400 people whole, so please don’t hold me to specifics at this moment – but what you can hold me to is, I pledge I won’t personally make a dime off this show. If I could, I would stand at the entrance of the show when I come back and personally hand each of you your money back as my way of apologizing, but i’m guessing that’s impractical; hopefully there’s something, although maybe the best I can do is decide on a charity the money will go to, but there’s no way I can in good conscience inconvenience and disappoint all of you like that and also make money, that definitely won’t happen.

Again, please accept my apology, and if you can, come back for the make up show, I promise it’ll be good, and of course, Trump will still be funny.