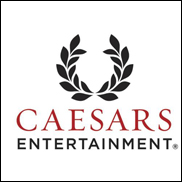 CHICAGO (CelebrityAccess) — Caesars Entertainment Corp. and their private equity partners TPM Capital Apollo Global Management may be on the hook for up to $5.1 billion after a court appointed examiner found that the company allegedly shifted key assets before declaring bankruptcy.

Court-appointed examiner Richard Davis and his team were tasked to investigate whether Caesars or its owners moved prime assets away from Caesars Entertainment Operating Co. (CEOC) as the company headed for bankruptcy, leaving them beyond the reach of creditors.

“The simple answer to this question is ‘Yes’,” Davis wrote at the start of his report, the International Business Times said.

According to the report, assets, including Caesar's best hotels and casinos, were shifted to affiliated companies, leaving CEOC unable to meet its financial obligations, which some junior creditors, led by Appaloosa Management allege amounted to fraudulent transfers of assets and breaches of fiduciary duties, the Wall Street Journal reported.

Caesar's struggle with debt is connected to their 2008 acquisition in a $30bn leveraged buyout by two private equity firms — TPG and Apollo Global Management. Since then, the company has not generated a profit and has accumulated a staggering debt load of more than $18.4 billion.

“In assessing the actions of [Caesar's Entertainment] and the sponsors (TPG and Apollo), it is important to remember that the sponsors are among the most financially savvy investors in the country,” Davis said in his report.

While not legally binding, if the examiner's report is upheld by the court, it may force all of Caesars into bankruptcy.

In a statement released after the examiner's report on Tuesday, Caesars said it disagreed with the report's conclusions and stated that the asset transfers added "immense and indisputable benefit to CEOC and its creditors."

In a separate statement, the company said it plans to resume negotiations with creditors and update its plans for reorganization. – Staff Writers