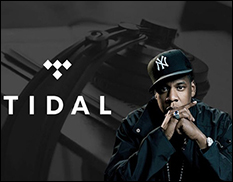 (Hypebot) – Although Jay-Z signed a massive deal requiring that he release three albums within the decade, there are so far no signs that a new record is forthcoming, and some question as to how the music mogul would use a new album to boost his lagging streaming service.


About 3 years have passed since the last Jay-Z album – Magna Carta Holy Grail (MCHG) and there's not an Afro or comb in sight. To seasoned fans they know that the fro in the past has been an indicator that the BK emcee is back in his creative element to make a record. Failing the afro, there's also the clandestine gathering of super producers; Timbaland, Swizz Beatz, Pharrell, Just Blaze and the zen-master Rick Rubin to name a few but they all seem relatively vacant regarding any new projects from the Jiggaman.


The mogul from Marcy projects could be forgiven for taking his eye off the ball with the acquisition of Tidal requiring his time and energy. Rocafella records signee Memphis Bleek also mentioned in a recent interview that he doesn't think that Jay would release another album. However, at the back of Jay's mind will be a certain $150 million deal signed in 2008 which allegedly involves the release of 3 albums within a decade. Well, times almost up and it seems all is quiet as far as albums go in the corridors of the Roc Nation's offices.


Mr. Carter is presented with an interesting challenge/opportunity. Tidal celebrated their 1 millionth subscriber last year with a concert in the home borough of Brooklyn representing modest growth when compared to the 15-20 paid subscribers at Spotify, 10 million at Apple Music not to mention Pandora, Google play, YouTube key loyalists.


Now let me preface this by saying, Jay will probably come up with a far more ingenious idea, but here it goes anyway.


Option 1: Fulfill the Live Nation deal and release the new album on all outlets including Apple Music & Spotify.


Sounds crazy right. An owner of a streaming company placing his new potentially platinum album on the platform of his competitors? Hustling backwards is the term that springs to mind as far as Tidal goes. But for Jay Z the artist it would appear to make the most financial sense given the user base of the rival streaming platforms. However, what message would this move give to the other artist owners and new subscribers about the platform.


In summary, I find this scenario highly unlikely. There is a clear desire to see Tidal become an established outlet that benefits the artists (to a slightly greater degree than its competitors).


Did I here you mutter 'hustling backwards' in your mind again? Well let's take a closer look.


Jay Z signed a mega deal with Live Nation in 2008 which included the release of 3 albums within a decade plus major tours etc. Live Nation paid Mr. Carter $10m for each album released so why not dip into the pot of wealth to pay-off the $10m and offset it by seeking an advance in a similar arrangement to the Samsung deal in which he pocketed $20m before any eager fan had pressed play. Releasing exclusively on tidal from a strictly monetary standpoint is also an opportunity to take advantage of the upturn in vinyl sales. Producing an exclusive collectible for the diehards could draw even the most streaming-adverse music fan to subscribe.


So how does he find a way to obtain that reach with the new album without sinking back into the arms of Dr Dre and Jimmy Iovine or even more humiliating, Daniel Ek? A Tidal/Samsung collaboration seems to make the most sense when taking into account the importance of the streaming platform to his portfolio not to mention his music and business legacy. There are over 200 million Samsung smartphone users worldwide and over 1.4 billion android actives who have potential access to the Tidal app.


Z really doesn't need to release another album from an artistic viewpoint. His position is firmly cemented on the Mount Rushmore of hip-hop however, a Samsung-powered album maybe the stimulus required for Tidal in what is the biggest challenge of his career thus far.