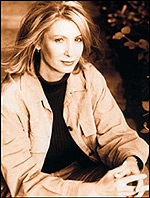 Previously at PACE and Universal Concerts, where she was vp of marketing, Diehl-Jacobs has marketed hundreds of artists and festivals across North America Additionally, she has opened new amphitheaters and worked on the original launch teams of OzzFest and the George Strait Pure Country Fest.

Diehl-Jacobs is working out of the Los Angeles office and can be reached at angiediehl@clearchannel.com

Actor Tim Robbins recently gave a speech at National Press Club in Washington, DC entitled "A Chill Wind Is Blowing In This Nation." He talked about politics, war, baseball and show business. In the latter, Clear Channel was even brought up.

"Two weeks ago, the United Way canceled Susan's appearance at a conference on women's leadership. And both of us last week were told that both we and the First Amendment were not welcome at the Baseball Hall of Fame."

"A famous middle-aged rock-and-roller called me last week to thank me for speaking out against the war, only to go on to tell me that he could not speak himself because he fears repercussions from Clear Channel. 'They promote our concert appearances,'" he said. "'They own most of the
stations that play our music. I can't come out against this war.'"

"A chill wind is blowing in this nation. A message is being sent through the White House and its allies in talk radio and Clear Channel and Cooperstown. If you oppose this administration, there can and will be ramifications. Every day, the air waves are filled with warnings, veiled and unveiled threats, spewed invective and hatred directed at any voice of dissent. And the public, like so many relatives and friends that I saw this weekend, sit in mute opposition and fear."

Clear Channel has inked a deal with Destiny USA to book, operate and promote the stadium-arena, theaters and museums at the still-to-be-built Carousel Center mall in Syracuse,
NY, reports the Post-Standard.

The Pyramid Companies, the mall's owner and Destiny USA's developer of the planned $2.2 billion entertainment and retail complex, still has to secure financing.

Venues covered in the management agreement include a 40,000-seat mixed-used stadium-arena called Starena, which plans to be used for a variety of sporting events,
including motorsports and rock concerts. The venue will have retractable roof and seating able to be configured to 7,500; a 2,500-seat ballroom and concert theater modeled after
Fillmore East and West; a 400-seat cabaret theater; and an exhibition hall and museum, which would bring in traveling museum exhibits like the Clear Channel-promoted Titantic artifacts tour; an indoor performing arts center aiming at extended-run productions such as Cirque du Soleil or "Sesame Street Live."

"This will take Syracuse and put it on the same circuit as Boston and New York City," said Joel Delmonico, who oversees the Central New York operations of Clear Channel.
"Syracuse moves from a tertiary market to a primary market."

Robert Congel, principal of Destiny USA and founding partner of Pyramid, said the agreement with Clear Channel "ensures that Destiny USA will play host to the biggest acts in the world of entertainment and theater."

As for when construction will start, Congel said they still have "a few hurdles to overcome before we proceed. We'll start as soon as possible."