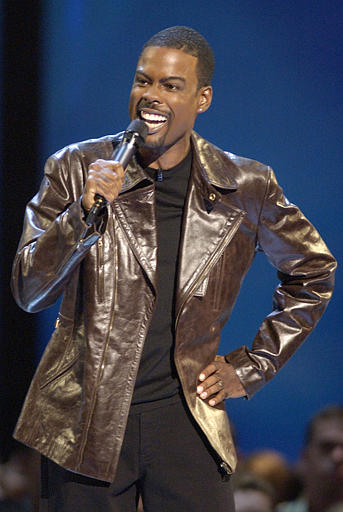 (CelebrityAccess News Service) – Beginning on October 15, Chris Rock will embark on his North American stand-up tour, entitled the "Black Ambition Tour," that will run into 2004. The tour is presented by Motorola. Clear Channel Entertainment will be involved in the promotion of the tour.

Rock's most recent HBO special and CD, both entitled "Bigger &Blacker," were released in July of 2000. Throughout his career, he has earned three Emmys, two Grammy Awards, been on the cover of many national publications and has seen his critically-acclaimed HBO talk show, The Chris Rock Show, become one of the network's highest-rated and most talked-about programs. The highly successful comedy CD earned ROCK a 2000 Grammy Award for Best Spoken or Comedy Album.

Although "Bigger &Blacker" brought Rock much success and helped secure a fan base, his emergence can first be traced to his tour-de-force HBO special, "Bring The Pain." The special tapped into social issues like race – such as the African American community's divided response to O.J Simpson – and struck a chord with viewers and critics nationwide. This special was honored with two 1997 Emmy Awards for Best Writing and Outstanding Special. "Bring The Pain," has also seen life beyond HBO. DreamWorks Records released a home video that was certified gold as well as a Grammy award-winning CD, which contains musical bits and comedy sketches.