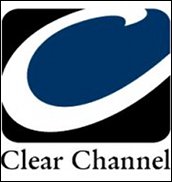 SAN ANTONIO, TX (CelebrityAccess MediaWire) — Since late 2011, Clear Channel Communications has been quietly shedding radio staff from stations around the country for the past year, with the latest round of layoffs seeing hundreds of CCE employees cut on Dec. 6th.

The most recent round of cuts affected employees at stations in major markets across the U.S., including stations in Los Angeles, Dallas, San Diego, Detroit, Denver, Cleveland, Orlando, Austin and Miami. Cuts included on-air staff as well as production and administrative staff.

"We are constantly looking at all aspects of our business to ensure that it reflects how the best organizations work today, taking advantage of the latest cutting-edge technology and organizational structure so we can continue to operate as effectively and efficiently as possible," Clear Channel said in a statement to Billboard.biz. "Like every successful business, our strategy continues to evolve as we move forward as a company; this creates some new jobs, and unfortunately eliminates others. These are never easy decisions to make."

The San Antonio-based Clear Channel owns 850 radio stations around the country, making them the largest radio conglomerate in the U.S. In 2008, the company, which had been publically traded for 35 years, was taken private in a buyout deal, led by private equity investors Bain Capital Partners and Thomas H. Lee Partners. The buyout nearly doubled the size of the company's debt to more than $16 billion according to a November filing.

It is this connection to Bain Capital that some observers suspect is at the root of Clear Channel's quiet downsizing strategy. Bain Capital is a leveraged buyout company formerly led by Republican presidential candidate Mitt Romney.

Jerry Del Colliano, who blogs about the Clear Channel at his blog Inside Music Media, suggested that the company was trying to avoid headlines about layoffs during the presidential race in order to avoid casting a negative light on Romney's association with Bain. This theory would seem to mesh with the larger round of layoffs just announced.

"They’ve been nipping and tucking a lot since last November," Mr. Del Colliano told the Toledo Blade. “There has been a substantial number of people [let go]. I can’t estimate it, [but] a handful of people every week for 52 weeks."

"It’s my belief that what they wanted to do was keep attention off of their Bain founder, Mitt Romney." – CelebrityAccess Staff Writers