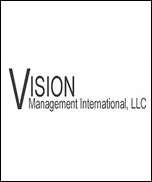 "I am thrilled to be working with such a talented, honest and informed industry veteran, a rare find these days. I knew Al from previous projects such as music videos with CeCe Winans, Marty Stuart and Madonna (American Pie). I knew that Al was serious and very dedicated to the Artists' welfare and protection. Those are qualities that I have always looked for, in order to build an artist and business management company into a true powerhouse in this industry. Together, I believe that we have all the talent and skills to create a truly great company for the benefit of all the Artists that are and will be team members on the VMI roster," Culberhouse exclaimed.

“With today’s fast pace of informational technology, I know that Todd and I have the ability to be sure every detail is handled before it becomes tomorrow’s news in this ever-changing viral world. The merging of our experiences and companies is a win / win solution for us as well as our clients. I am pleased with our joint venture and know our future will be successful for all involved with VMI,” stated Eakes.

Todd Culberhouse began his career as a contract negotiator in the music clearance division at ABC News and later NBC. From there, he formed his own recording artist and business management firm, Modern Management. Aside from managing the affairs of the legendary Jackson's singing family, Culberhouse provided Artist Management and accounting services as well as tour management for Madonna, Rod Stewart, Sade, Yanni and Michael Jackson among others. Culberhouse was later installed as head of A&R for Pioneer Entertainment where he supervised projects by CeCe Winans, Ray Charles, Oleta Adams, Peter Frampton, John Digweed/Bedrock and the Staff (featuring Kirk Whalum).

Al Eakes has been a professional in the music and film industry for the last twenty years. His many accomplishments include work with music videos, commercials, industry and corporate film/television/documentary, and digital and print media. Al brings to VMI a deep and wide range of experience in all areas of the music and film industry. Al’s experience, talent and unique ability to “put out unexpected fires quickly” have resulted in his work on a broad range of numerous projects in both music and film venues ranging from a documentary and home video of the “Charlie Daniels World Tour – Homefolks & Highways"; state, regional and national commercials with clients such as Toyota, Tennessee Tourism, Bridgestone and Best Buy; and the feature film – “The Green Mile”. –by CelebrityAccess Staff Writers