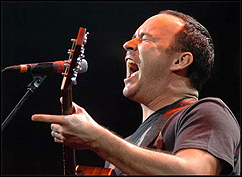 LOS ANGELES (CelebrityAccess MediaWire) — Does Dave Matthews have a little ‘Rain Man’ in him? The producers of Fox’s medical drama ‘House’ sure think so.

The jam band guitarist/singer has been cast as a musical savant that displays some similar quirky characteristics in his interactions with the show’s star, Hugh Laurie.

In an effort to prevent typecasting Matthews, he will play the piano, and has ended up in a storyline that will allow his caregivers to sign off on a surgery that would offer him a normal life – with the off chance that it could take away his musical ability.

The episode is scheduled to air on Fox in March. –by CelebrityAccess Staff Writers