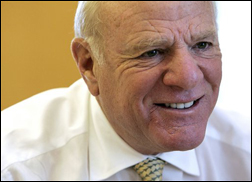 NEW YORK (CelebrityAccess MediaWire) — IAC/Interactive shares had a generally positive day following a court ruling favoring Barry Diller over a lawsuit filed against IAC/Interactive by shareholder Liberty Media to regain their shareholder voting rights. IAC/Interactive is the parent company behind Ticketmaster among other ventures.

Delaware Chancery Court Vice Chancellor Stephen Lamb ruled that Liberty did not demonstrate that Diller had violated an agreement between Liberty and IAC/Interactive when he planned to break IAC/Interactive up into five independent entities.

Liberty owns approximately 30% of IAC/Interactive, but has a majority vote due to the structure of their shares. The snafu for Liberty is that they ceded control of said votes to Diller several years ago.

"It puts IAC/Interactive back on track toward spinning off its business units and unlocking underappreciated value in its operating assets." said Lehman Bros. analyst Doug Anmuth in an investor communication.

Diller's good day was complicated however, by Live Nation's U2 announcement. Live entertainment has been the strongest sector in the music business for several years now and Ticketmaster has enjoyed the rewards from this as the dominant player in the primary ticketing industry.

That dominance is being challenged however by Live Nation, which seems intent on a vertical consolidation of the entire live sector. Live Nation fired a shot across Ticketmaster's bow late last year with the announcement that they were planning to cease their long-term ticketing agreement with Ticketmaster and developing an in-house ticketing system with the help of European ticketing specialists CTS Eventim. These efforts at deploying an in-house system will be jump-started by the promoter's continuing expansion into key venues across the US and by bringing top-shelf touring artists into the fold for exclusive touring deals.

These evolutions must necessarily cause investors to reappraise the IAC/Interactive spinoff deal and at least one private equity firm is likely out of the picture. According to CNBC, PE firm Elevation Partners, who counts among its managing directors U2's Bono, had been in talks with IAC but after LN's U2 announcement, Diller will likely need to look elsewhere for investors, an increasingly daunting task in the face of ongoing liquidity issues and major adjustments in market capitalization. – CelebrityAccess Staff Writers