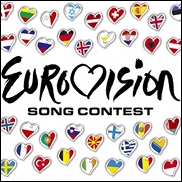 It beat competition from Berlin, Hamburg and Hanover which all bid to host the event.

The contest's three live events – semi-finals on May 10th and 12th and the final on May 14th – will take place at the Esprit Arena.

"I congratulate Dusseldorf cordially and, just as cordially, I thank the other three cities for going into the race enthusiastically with attractive concepts."

Lena's Satellite was a number one hit in a number of European countries, including Germany and Sweden, while it reached number 30 in the UK.