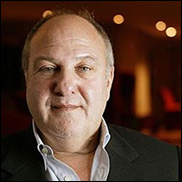 HAY-ON-WYE, Wales (CelebrityAccess) — According to music industry legend Harvey Goldsmith, music festivals have reached their apogee and the current world of major festival events will soon be a thing of the past.

"The festival circuit has peaked. It really peaked about two years ago. There's too many of them and there are not enough big acts to headline them. That is a big, big problem in our industry. And we are not producing a new generation of these kind of acts – the likes of the Rolling Stones, Muse, even Arctic Monkeys – that can headline," Goldsmith said during a recent appearance at the Hay Literary Festival in Wales.

"We're not producing a new generation of this kind of act. Coldplay is probably the last one to come up and that was 10 years ago. There isn't much out there that looks like it is forming the next generation of heritage artists."

"So with no big acts to headline, there are no big shows. Glastonbury has got to the point where it can't find any more big acts and that's the pinnacle of the festivals. They are really over," Goldsmith added.

Goldsmith predicted that the festivals of the future would become smaller events that offered options beyond music.

"Music festivals have probably run their course. What is going to happen is a growth in events where it isn't just music, [but] like this one, with poetry or books or magic shows. There will be lots of small combination festivals that give something plus – not people standing around in a massive great field unable to go to the toilet because they might miss the band," Goldsmith said. – Staff Writers